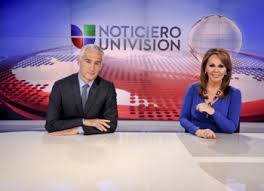 Univision on Thursday announced it is dropping the Miss USA pageant and cutting all business ties with Donald Trump over comments he made recently about Mexico and Mexican immigrants.

The company said Thursday it would pull the plug on its Spanish-language coverage of the July 12 pageant by its UniMas network and has severed its business relationship with the Miss Universe Organization, which produces the Miss USA pageant.

Univision blamed it on the “insulting remarks about Mexican immigrants” by Trump, a part owner of Miss Universe.

“At Univision, we see firsthand the work ethic, love for family, strong religious values and the important role Mexican immigrants and Mexican-Americans have had and will continue to have in building the future of our country,” the New York-based Univision Communications Inc. said in a statement.

Both cohosts of the UniMas telecast also pulled out on Thursday, while Colombian singer J Balvin on Wednesday canceled a planned performance at the pageant.

During his presidential campaign kickoff speech last week, Trump said Mexicans are bringing drugs and crime to the U.S. and Mexico is also sending rapists.

He also called for building a wall along the southern border of the U.S. The remarks drew condemnation from the Mexican government as “biased and absurd.”

Trump has defended his criticism as directed against U.S. policymakers, not the Mexican people or government and said that Univision would be defaulting on its contract if it doesn’t air the pageant and he would take legal action.

NBC is scheduled to go forward with its own pageant coverage, as it has done since 2003.