News Americas, NEW YORK, NY, Fri. June 26, 2015: Caribbean nationals are in all strata of work and service in the United States of America. As National Caribbean American Heritage Month 2015 wraps up, News Americas Now spotlights on 10 Caribbean-born U.S. politicians across the country. 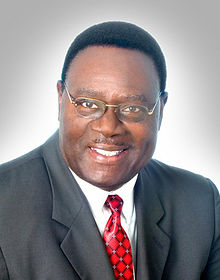 Philippe Derose is the first Haitian elected into public office in the United States of America in modern times. Derose was born in the small town of Liancourt, Haiti. In 1993, he was elected as a Councilman of the Village of El Portal, in Miami-Dade County, Florida. In 2000, Derose became the first Haitian-American to be elected mayor in the United States when he was elected Mayor of the Village of El Portal. He had been serving as a Councilman for the City of North Miami Beach since 2003 and serves as the President of his own non-profit organization, the Haitian-American Alliance Youth Foundation. 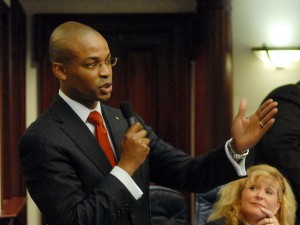 Mackenson “Mack” Bernard was first elected to the Florida House of Representatives in 2009 as a Democrat in the 27th district. He was born in Port-au-Prince, Haiti and moved to Florida in 1986. Bernard holds a Jurist Doctorate with honors from University of Florida Levin College of Law. He is also the former deputy-vice mayor of the Delray Beach City Commission. 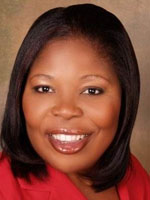 Daphne Campbell has been a Democratic member of the Florida House of Representatives since 2010. She represents the 108th District, which includes Miami and North Miami in northern Miami-Dade County. Campbell was born in Cap-Haïtien, a city in northern Haiti, where she attended the SOD Nursing School, receiving her bachelor’s degree in 1981. When incumbent State Representative Ronald Brise accepted a position on the Florida Public Service Commission in 2010, an open seat was created in the 108th District. Campbell ran in the Democratic primary to succeed him, facing Alix Desulme. Following a contentious campaign, she narrowly defeated Desulme by fewer than 400 votes, winning 52 percent of the vote and advancing to the general election, which she won unopposed.

Nick Perry is a Democratic member of the New York State Assembly and currently represents District 58, which comprises East Flatbush, as well as portions of Canarsie and Brownsville, among other neighborhoods located in the borough of Brooklyn, NY.

He was born and raised in the parish of Saint Andrew Jamaica before immigrating to the United States in 1971. He won his seat in 1992 after a new assembly district was added to serve the West Indians in East Flatbush and Flatlands. Currently, he serves as the deputy majority leader of the New York State Assembly, and is chairman of the New York State Association of Black & Puerto Rican Legislators.

Roxanne Jacqueline Persaud was born in Guyana and elected to the New York State Assembly in November 2014. Her election made her the first female to represent the 59th Assembly District in NYS.

Assemblywoman Persaud migrated to the United States with her parents and siblings and went on to attend Pace University. She holds a Bachelor of Science and Master of Science in Education Administration. Persaud lives in the Canarsie section of the district. 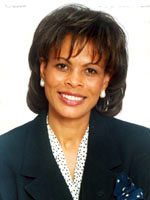 Yolly Roberson is a Miami, Florida attorney and Democratic politician who serves as the representative for District 104 of the Florida House of Representatives. She was first elected to the Florida House in 2002 and then reelected successively to three more terms. She served as Democratic Whip from 2004 to 2006. Roberson was born in Mirebalais, Haiti and earned her Bachelor of Science in Nursing at the University of Massachusetts Boston in 1983 and her Jurist Doctorate at the New England School of Law in 1988. 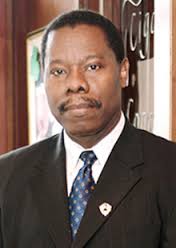 Mathieu Eugene is the first Haitian member of the New York City Council and the first Haitian-born elected official in the state of New York. He represents District 40 in Brooklyn which includes parts of Crown Heights and Flatbush. Eugene was first elected in a special election on February 20, 2007.

He was born in Cap-Haïtien Haiti in April 1954. Eugene, a physician, attended medical school in Belgium, Dominican Republic and Mexico. He has a medical degree from Universidad del Noreste in Mexico but does not practice in the U.S.

Jean Leniol Jeudy is the first Haitian legislator in New Hampshire history and is one of only three members of the New Hampshire House of Representatives for Hillsborough 10 (Ward 3) in Manchester. He was born in Jérémie, Haiti, in 1958 and moved to New Hampshire in 1983. He gained his American citizenship in 1995. In 2004, he decided to run for State Representative and finished 5th in the Democratic Primary, 53 votes short of Manchester Firefighters Union president William Clayton. However, after the resignation of Clayton in 2005, Jeudy ran again, defeating Republican opponent, Robert Fremeau and entering the House. 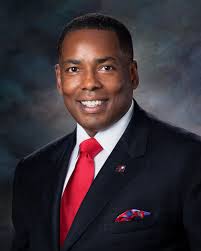 Harry LaRosiliere is the 38th mayor of Plano, Texas after winning the election there in 2013. He beat Fred Moses, the Collin County Republican Party Chairman. LaRosiliere was born in Haiti and grew up in Harlem. In New York City, he attended Corpus Christi Catholic School, Cardinal Hayes High School and graduated from the City College of New York in 1985 with a Bachelor of Science in Geology.

He moved to Texas in 1994 and became a financial advisor. He served two terms on the Plano City Council from 2005 to 2011 before becoming mayor, and was also the city’s former planning and zoning commissioner. 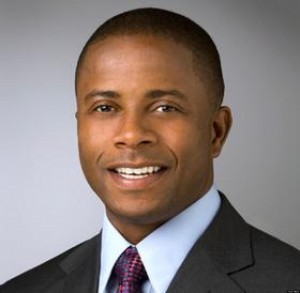 Andre Pierre is the current Democratic mayor of North Miami, Florida and an attorney. He was born in Arcahaie, Haiti on March 23, 1969. After immigrating to the United States as a teenager, he attended high school in Long Island and obtained a college degree in Engineering from the New York Institute of Technology. A law graduate of the University of Miami, he settled in North Miami, where he began practicing law, became involved in civic activities and politics. He currently serves as Co-Chair of the United States Conference of Mayors Immigration Task Force Committee.