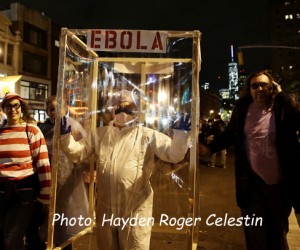 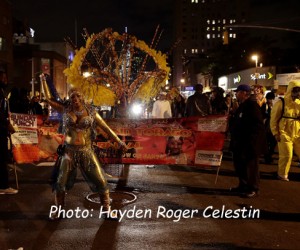 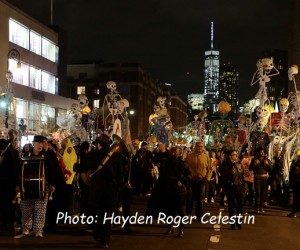 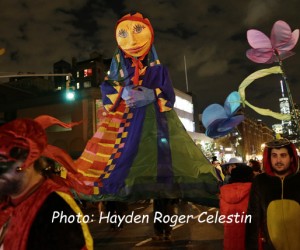 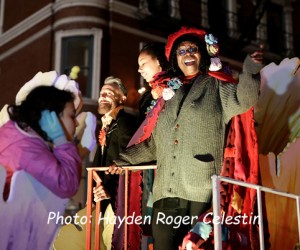 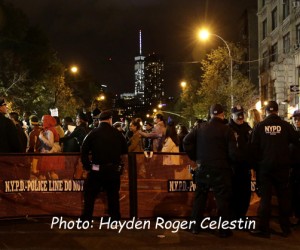 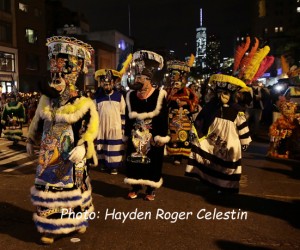 News Americas, NEW YORK, NY, Sat. Nov. 1, 2014: The 41st annual Greenwich Village Halloween Parade in New York City is known for putting the spotlight on issues of the day and Friday night, October 31 was no exception.

Parade goers were treated to costumes that included a spotlight on the hot button issue of Ebola with one parade participant appearing in full quarantine costume and hazmat suit complete with the term ‘Ebola’ splashed in bold red capital letters across the top.

The parade also included hundreds of puppets, 53 bands with different types of music, dancers and artists and thousands of other New Yorkers in costumes of their own creation in what organizers called “the nation’s most wildly creative public participatory event in the greatest city in the world!” The parade theme this year was ‘The Garden of Earthly Delights!’

Dancehall Stars Skeng and Mavado Show Each Other Love In Trinidad