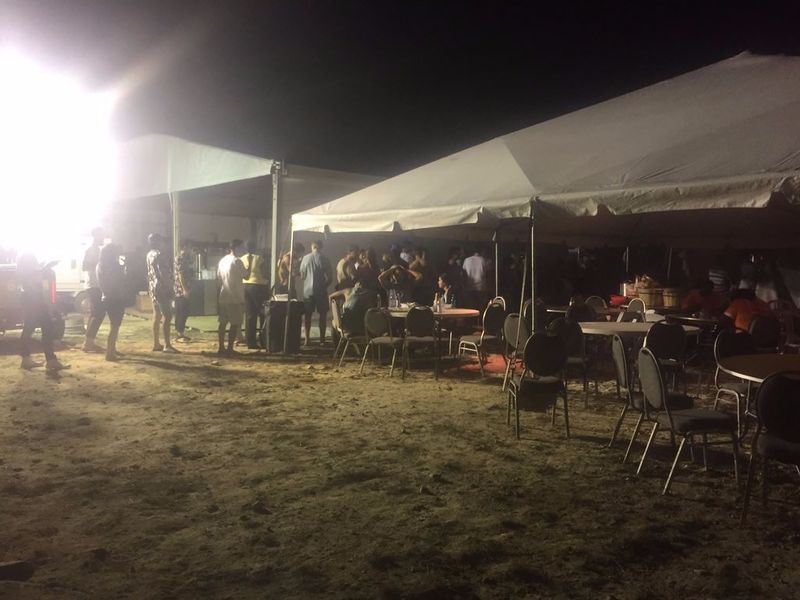 News Americas, Washington D.C., Weds. July 25, 2018: Remember the debacle that was the Caribbean “Fyre Festival” in The Bahamas?

Well the SEC, (Securities and Exchange Commission), on Tuesday, July 24, 2018 slapped its founder, New York entrepreneur William Z. (Billy) McFarland, with fraud charges and they have agreed to settle.

The SEC, in a statement, said, Farland, two companies he founded, a former senior executive, and a former contractor agreed to settle charges arising out of an extensive, multi-year offering fraud that raised at least $27.4 million from over 100 investors.

The SEC’s complaint alleges that McFarland fraudulently induced investments into his companies Fyre Media, Inc., Fyre Festival LLC, and Magnises, Inc., including in connection with McFarland’s failed venture to host a “once-in-a-lifetime” music festival in the Bahamas.

The SEC’s complaint, which was filed in federal court in Manhattan, charges McFarland, Margolin, Simon, Fyre Media, and Magnises with violating the antifraud provisions of the federal securities laws.

With substantial assistance from Grant H. Margolin, his Chief Marketing Officer, and Daniel Simon, an independent contractor to his companies, the SEC said McFarland induced investors to entrust him with tens of millions of dollars by fraudulently inflating key operational, financial metrics and successes of his companies, as well as his own personal success.

This included by giving investors a doctored brokerage account statement purporting to show personal stock holdings of over $2.5 million when, in reality, the account held shares worth under $1,500.

McFarland, according to the SEC, used investor funds to bankroll a lavish lifestyle including living in a Manhattan penthouse apartment, partying with celebrities, and traveling by private plane and chauffeured luxury cars.

“McFarland gained the trust of investors by falsely portraying himself as a skilled entrepreneur running a series of successful media companies.  But this false picture of business success was built on fake brokerage statements and stolen investor funds,” said Melissa Hodgman, Associate Director of the SEC’s Enforcement Division.

McFarland has admitted the SEC’s allegations against him, agreed to a permanent officer-and-director bar, and agreed to disgorgement of $27.4 million, to be deemed satisfied by the forfeiture order entered in McFarland’s sentencing in a related criminal case.

The Fyre Festival was a music festival scheduled to take place on the Bahamian island of Great Exuma over two weekends in April and May 2017.

Organized by McFarland and rapper Ja Rule as a luxury music festival to promote the Fyre music booking app, the event was promoted on Instagram by “social media influencers” including socialite and model Kendall Jenner, model Bella Hadid, model and actress Emily Ratajkowski, and other media personalities, many of whom did not initially disclose they had been paid to do so, in violation of federal law.

During the Fyre Festival’s inaugural weekend, the event experienced problems related to security, food, accommodations and artist relations. Eventually, the festival was indefinitely postponed after some festival-goers had already arrived, finding tents and prepackaged sandwiches, instead of the luxury villas and gourmet meals they had been promised when they paid thousands of dollars for admission.

As a result, the organizers are the subject of eight lawsuits, one seeking more than $100 million in damages. The cases accuse the organizers of defrauding ticket buyers. On June 30, 2017, the United States Attorney for the Southern District of New York charged McFarland with one count of wire fraud.

In March 2018, he pled guilty to one count of wire fraud to defraud investors and a second count to defraud a ticket vendor.