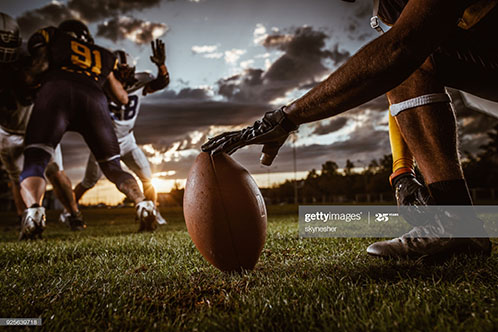 News Americas, NEW YORK, NY, Fri. May 29, 2020: There are so many different sports that are played around the world, but in certain countries, there are some sports that appear to be much more popular than others with fans. The US is a big place and many sports are enjoyed – from basketball to baseball to American football. Here are some of the most popular sports in the US pre-Covid-19 that may persist in the current era despite new public gathering rules.

One of the most popular sports in the US is American football, which is similar to rugby in terms of the way the game is played. Around 16.5 million watch American football, especially when it comes to games in the big leagues such as NFL and Superbowl games. It is estimated that 102 million people watched the latest Superbowl played in 2020. In America, the Superbowl is huge, with celebrity performances in the halftime show.

A sport that is played in the US but isn’t as popular is cricket. This sport involves players in two teams with someone bowling the ball at the batsman, the batsman’s aim is to hit the ball with the bat as they make their way around the field. In 2006 only 20,000 people in the US watched cricket but in 2017 the figures went up to around 200,000 either watching or actively playing cricket. However, cricket could be much more popular as it doesn’t quite match the likes of the NFL or NBA. Of course, if you can’t get to watch or take part, fans of cricket can easily check sites https://www.cricketbettingtips.io/ to stay up to date.

Another popular sport in the US is basketball where there are many famous teams and players who play in professional leagues. Some of the most famous faces in the basketball world include Lebron James, Michael Jordan, Stephen Curry s a few examples. Along with basketball players being famous, you will find that a lot of famous faces will be watching games in the crowd including Drake and Kylie Jenner which indicates the buzz around these games in the USA.

The next popular sport in the US that people watch is baseball, which is played in a field where there will be a bat and a ball in use, in a similar way to cricket. Of course, baseball and cricket are very different in many ways and baseball in the USA is much more popular amongst sports fans. Some of the popular baseball players in the USA include Babe Ruth and Barry Bonds.

There are a lot of sports that are played in the USA but not all of them get the kind of coverage that sports like basketball or American football do. While sports like soccer and cricket are popular in the USA, they just don’t quite match the numbers when it comes to the other sports. Make sure to keep an eye on these in the future to see how popular they become in the COVID-19 era and beyond.

A New Immigration Option Opens Up For Foreign-Born Entrepreneurs