But beyond the congratulations, here are five distinctly Caribbean moments of Super Bowl 52 you may have missed: 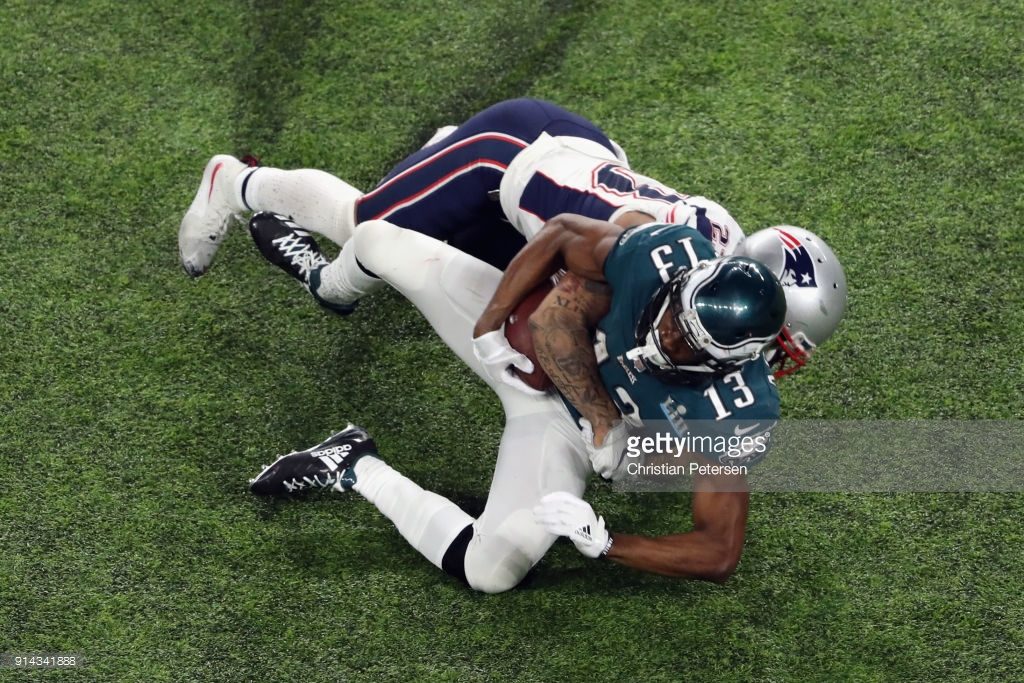 1 : Patriots defensive safety, Kingston, Jamaica-born Patrick Chung, may be spending his off-season recovering from a concussion he suffered during Sunday’s games. Chung suffered an injury in the fourth quarter and exited the game. It was later reported he had a concussion and did not return. Chung finished the game with six tackles.

2: “Day-O,” the song written by Barbadian-roots song writer, Irving Burgie, was featured in the Super Bowl as part of the new E-Trade commercial, “This is getting old.”

The BMG Rights Management company gave E-Trade the rights to use the song for reportedly 500,000, Burgie, 93, lives in Queens, NY. His mother hailed from Barbados.

In the commercial, elderly men and women sing the eerily applicable “Day-O” chorus, “I’m 85 and I want to go home,” as they pop in their dentures, hop on their scooters and head to work. One tired lifeguard runs along the beach in an homage to “Baywatch,” one old fireman struggles with the power of the water hose and a fur-wearing grandma works at a club under the name, “DJ Nanna.” According to E*Trade, one third of Americans have no retirement savings and must find other ways to make ends meet.

3: Jamaican roots rapper, Busta Rhymes, was part of the Doritos commercial that featured on the Super Bowl.  In the commercial, Peter Dinklage spit flames delivering Rhymes’ tongue-twisting verse from Chris Brown’s “Look at Me Now” to promote Doritos Blaze as Rhymes popped up on the commercial to bless the proceedings, appearing as a moving portrait hanging on the wall.

“It’s an incredible moment and I’m definitely proud of it. I think it’s the hottest commercial on the planet,” Busta told Billboard about the spot. “I feel that it’s one of the best commercials in Super Bowl history…. Our culture of hip-hop is being properly represented. It’s a great bag of energy and vibes. I loved doing it — the experience on the set was incredible and watching people’s energy over it was even more fulfilling for me. I’m basking in the moment.”

5: Jamaican reggae artist Shaggy and Sting went from the Grammys to the big pre-show of Super Bowl 52. The duo performed their song “Don’t Make Me Wait” song during the “Don’t Make Me Wait” and their upcoming album is set to drop on April 20, 2018. Darius Rucker is another performer set to appear during the 6-and-a-half-hour NFL Tailgate Party before the kick-off.