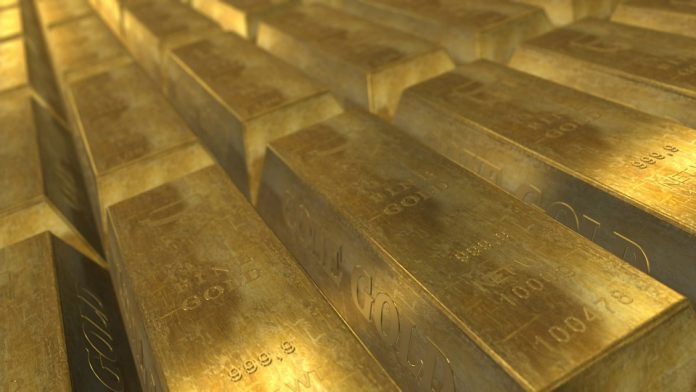 News Americas, NEW YORK, NY, Tues. Jan. 1, 2019: Gold is traditionally used by investors as a hedge against unpredictable market forces in the face of geopolitical and economic unrest. And as the year 2018 draws to an end, it has become obvious that the traditional market forces are pressuring gold rates towards an upward trajectory.

Many fintech companies such as Glint and OneGram are trying to find mainstream means of marrying financial technology with gold. OneGram is cashing in on the growing popularity of cryptocurrency, but it also promises to minimize the element of volatility attached with cryptocurrency by backing it up with physical assets such as gold. Several millions of dollars worth of OneGram coins have already been issued to various buyers.

Another company in Malaysia called HelloGold is experimenting with gold-backed currency. The fintech company promises that the coin is less volatile because transactions take place within a defined period. The underlying theme common to both HelloGold and OneGram is the creation of ‘shariah’ compliant coins, and one of the safest means of doing so is to back the coin up with gold.

This isn’t the first time that businesses have to make digital gold currencies, but the progress was slow due to the inherent risks that mainly have to do with data security and unpredictable politics. As blockchain technology has established itself as a reliable method of providing transparency and accountability in the financial industry, now is the perfect time to introduce gold-backed cryptocurrencies.

The basic concept is simple: a coin is issued that is equivalent to a certain value of gold.

In the case of OneGram, every single coin is literally equal to one gram of gold. The gold asset is in turn stored by a trusted third party, giving users the ability to trade coins with other holders.

This is lucrative because gold prices have always held their own in the medium to long terms, which means that at worst the minimum price of a coin is always going to be equal to the current gold rates. If the cryptocurrency becomes extremely popular, as it did in the case of bitcoin, then its price will skyrocket. But if the demand doesn’t take off, as is the case with several digital coins, then the coin’s value will never falter below that of gold.

Many services such as Vaultoro allow a safe and easy way for users to trade gold with cryptocurrency. Vaultoro claims that their gold is fully insured in Swiss vaults. The gold stored at Vaultoro is secured under the names of their users and allocated as their personal property. What makes the company lucrative is that all the property is held against Vaultoro’s balance sheet.

This means that if Vaultoro where to go out of business or get raided by the government, the user’s gold assets will not be seized. The gold is stored by a high security vaulting facility called Pro Aurum. Every ounce of gold is completely insured. The idea is so promising that the company has already reported revenue of over 1 billion Euros every year.

Companies like Vaultoro and OneGram offer transparency and security unlike it was never seen before in history. This could of course only be made possible with improvements in financial technology.

To find out gold price and stay on top of industry trends, subscribe to our newsletter today.