Home Caribbean Aruba Caribbean And Latin America News Round Up For Thursday Jan. 5, 2017 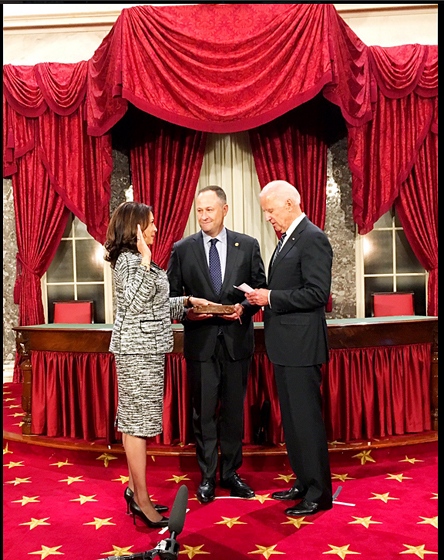 Newly-sworn in Jamaican roots U.S. Senator Kamala Harris has gotten straight to work, co-sponsoring legislation protecting the 744 thousand DREAMers or young undocumented immigrants from being deported. The “Bridge Act,” a measure intended to shield hundreds of thousands of young people living in the United States from deportation. The bipartisan “Bar Removal of Individuals who Dream and Grow our Economy Act” or BRIDGE Act was introduced by Republican Senator Lindsey Graham of South Carolina and Democratic Senator Richard Durbin of Illinois. “Just as we did shortly after our election victory, I am letting our immigrant communities know exactly where I stand on immigration reform,” Senator Harris tweeted Wednesday.

A 44-year-old Dominican immigrant in east Hartford, Connecticut, is set to be deported this week. Domingo Ferreira has had permanent legal resident status since his arrival in the United States in the 1980s, but is being deported 12 years after a larceny conviction. The criminal report put him on the radar of the U.S. Immigration and Customs Enforcement agency and caused him to be swept up in a recent dragnet of legal and illegal immigrants eligible for relatively sudden deportation based on past crimes.

Ford says it’s cancelling a US $1.6bn plant it planned to build in Mexico and instead extend operations at its factory in Michigan. The car giant says it will spend $700m on expanding the plant at Flat Rock, Michigan and its boss Mark Fields, said the decision was partly due to falling sales of small cars and partly a “vote of confidence” in Donald Trump’s policies.

Opposition members were removed from Curaçao’s Parliament by police on Wednesday after clashing with President Humphrey Davelaar (PNP) over the fact that the incoming MAN/PAR/PNP/PS government currently doesn’t have a majority in the legislature. The meeting was supposed to approve the credentials of seven new parliamentarians that are to replace seven coalition members who resigned as such to become minister. However, the latter left only 14 seats in the 21-seat house occupied, of which just four by the governing parties.

A former US Marine currently wanted by the San Diego Police for the murder of his girlfriend, Krystal Mitchell is believed to be in Belize. , Raymond McLeod is accused of killing Mitchell who was found dead in the apartment of an acquaintance, and was last seen alive in Mcleod’s company in June 2016. McLeod reportedly fled to Belize through Mexico and the US Embassy in Belmopan and San Diego police say he is likely to frequent gyms and is possibly working in construction. McLeod was last seen in Placencia. If anyone has any information on his whereabouts, they can contact the US Embassy or local Belize police.

Dominica Prime Minister Roosevelt Skerrit is refuting opposition leader Lennox Linton’s claims recently made on CBS’ 60 Minutes about Dominica’s citizenship by investment (CBI) programme, as well as denouncing the opposition MP’s actions as unpatriotic. The prime minister claimed that certain islands were targeted in the broadcast, including Dominica, because of those countries’ refusal to embrace Henley & Partners, a company that specializes in citizenship and residence planning. According to Skerrit, Dominica is now “black eyed” in the eyes of the world, due to Linton’s comments, and time and money will have to be spent to repair Dominica’s image.

United Nations observers are in hot water in Colombia over a video showing them dancing with leftist rebels while deployed to watch over the guerrillas as part of a peace deal.

The short video was shot by Spanish news agency EFE from inside a jungle camp in northern Colombia during a New Year’s Eve party. It shows two men wearing blue vests with U.N. insignia dancing hip-to-hip with female guerrillas. The U.N. mission in a statement late Monday said it would take appropriate measures. As part of a peace deal ratified last month hundreds of U.N.-sponsored observers, mostly from Latin American nations, are being deployed across the country to 20-plus camps where guerrillas will soon begin turning over their weapons.

Trade unionists in Bermuda are threatening to derail the America’s Cup as a battle rages over the work status of a controversial London-born pastor. Reverend Nicholas Tweed has had his work permit refused on the tiny British territory “because it was incomplete and contained inaccuracies” according to a report in The Royal Gazette. But Bermuda Industrial Union president Chris Furbert told a rally of several hundred people supporting Reverend Tweed on Wednesday that the America’s Cup, due to be held in  May and June, would be targeted if the work permit was not renewed. He revealed he was also using the airport redevelopment deal, an essential element of infrastructure to meet the demands of the cup, as a bargaining tool with Bermuda premier Michael Dunkley.

A Fajardo, Puerto Rico native will be participating in the 58th Presidential Inauguration on January 20th, 2017. Lieutenant Colonel Jorge Guzman has 30 years of service in the United States Army and twice served in Germany and in Korea.

Somewhat good news for Guyanese travelers hampered consistently by delayed flights and cancellations by US carrier Dynamic Airways. The Guyana Civil Aviation Authority (GCAA) says it is verifying a report by Dynamic Airlines about the reasons for its recent prolonged flight delays and cancellations. This as Demerara Waves reports indicate the agency says a GYD$40 million bond is available for inconvenienced passengers to seek refunds. GCAA Director-General, Egbert Field also told a news conference that authorities will also be exploring various options with the airline to minimize the chances of recurring delays.

Venezuelan President Nicolás Maduro on Wednesday appointed Tareck El Aissami, the controversial former minister of interior and the governor of Aragua state, as his new vice president. He made the address in a nationally televised address announcing several appointments and said the changes are a “necessary renewal” of his Cabinet.

Brazilian authorities are still frantically searching for 126 violent convicts, days after they escaped from a maximum-security prison in the northern city of Manaus during a riot in which 56 inmates were killed. The 17 hours of violence broke out Sunday between two gangs competing for control of the cocaine trade through the Amazon. It turned into a massacre on a scale seldom seen. Many of the dead were decapitated or cut into quarters by fellow inmates and thrown over prison walls. Authorities have released little information about the hunt for inmates who escaped, other than to say that 184 had escaped and that 58 had been caught.

Bolivia is seeing its worst drought in 30 years. Bolivian President Evo Morales has warned that if the rainy season is delayed further, it could deplete food supply this year. In October 2016 he approved a $250 million emergency plan to support those affected by the drought by drilling wells to stave off potential water shortages.

Newly-elected Premier Sharlene Cartwright-Robinson has hit the ground running and has promised to immediately fix the myriad of problems at the National Health Insurance Plan (NHIP). Premier Robinson-Cartwright did not elaborate on what steps will be taken according to the TCI Sun but is on record as saying that the National Health Insurance Plan (NHIP) and the health care system in the Turks and Caicos Islands are broken and need to be fixed.

Portland Timbers midfielder David Guzman has been named to the Costa Rica Men’s National Team roster for a training camp ahead of the 2017 Copa Centroamericana. Acquired on Dec. 22, 2016, Guzman will join the Timbers in 2017 with over 180 professional appearances and 25 caps for Costa Rica. Since making his senior team debut in 2010, Guzman has represented the Ticos at the 2011 Copa America, the 2011 and 2015 Gold Cup and most recently in 2018 World Cup qualifiers.

Travel host, thony Bourdain, host of CNN’s Antony Bourdain: Parts Unknown, is in Trinidad. The former chef posted a selfie to his Instagram account stating: “What did they say about Nixon? “Tanned, rested and ready.” #Trinidad” Loop news reported that Bourdain  is actually filming while in the country for possibly a future episode on Trinidad.

No Trinis known to be affected by Turkish/Syrian earthquake