News Americas, BRIDGETOWN, Barbados, Fri. July 19, 2019: Here are the top business stories making news from the Caribbean for this week of July 19, 2019.

A Grenada-roots, Brooklyn-born fashion designer is making waves in the US, with her summer collection now in Bloomingdales. Felicia Noel, whose family migrated to the US from Caribbean island of Grenada now has her Fe Noel designs on sale at the top store. Her brand is also on full display inside the store and in the window – where they will stay throughout the summer.

Suriname on July 15th officially announced the establishment of the World Digital Currency Bank. According to information, the bank’s Asia-Pacific headquarters is located in Hong Kong, China and uses Hong Kong’s status as a financial bridgehead and digital currency as a starting point to carry out multi-level banking business.

At the Hong Kong conference, the WDC Chairman of the Board of Directors, stated the WDC’s future three major upgrades in comparison with traditional banks. First, it would bring the blockchain technology model and cost advantages into full play in the markets of payment, mortgage loan and bill financing; Second, it would establish a new “self-circulation” ecological chain, and solve the pain points of traditional banks from the three dimensions of efficiency, cost and trust and thirdly,  it would explore and establish a “currency standard” financial system with “digital currency” as the core.

ExxonMobil said this week that in the past four years, its contractors have spent US$119.5 million in Guyana and created 1,200 jobs. “We are very proud at what we are doing,” ExxonMobil’s Country Manager Rod Henson told the Guyana Stabroek Newspaper in an interview. “I think we are doing more in Guyana more than any place I have seen. I am really proud of our contractors. We have created almost 1,200 new jobs and over 200 of those are women in the oil industry.”

Barbados company Bitt Digital Inc., a portfolio company of Overstock’s Medici Ventures, has become the first company to successfully complete the regulatory sandbox by the Central Bank of Barbados and the Financial Services Commission.

According to Bitt, the opportunity provided the company with the opportunity to test its blockchain-based Fintech products, services, and business models in a controlled environment while protecting consumers, stakeholders and the financial system from undue risk.

Acres Agricultural Canada Corp. on Wednesday announce that it has received approval from the Medicinal Cannabis Authority of St. Vincent & the Grenadines to produce within the country and export internationally, cannabis in all of its forms for medicinal purposes. The Company’s wholly owned subsidiary Acres Agricultural (SVG) Ltd. will be issued the top tier license for the cultivation of 300 acres, becoming a Licensed Producer that is ready to commence operations in St. Vincent & the Grenadines.

The Puerto Rico Association of Advertising Agencies this week suspended the membership of KOI advertising agency due to its president, Edwin Miranda’s participation in the controversial ‘Chat Gate’ messages that have rocked the administration of Gov. Ricardo Rosselló Nevares. In a press release, the association stated it will continue the process set by the bylaws for expulsion. 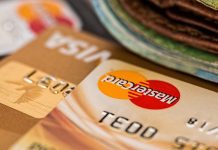 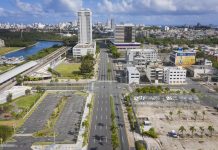 Government Backed Satellite Initiatives in Latin America to Be Covered at VSAT … –...