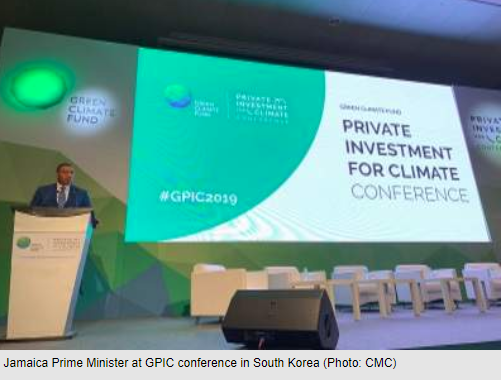 St. Kitts and Nevis – The government requires investment of either a minimum donation of US $150,000 to the Sustainable Growth Fund (SGF) or investment of US $400,000 in real estate plus related government and due diligence fees.

Grenada – A donation to the government fund of US $200,000 for a family of 4 to the National Transformation Fund, in Grenada’s case), or purchase of real estate at the starting price of US $350,000.

Antigua & Barbuda – The options include a contribution to the National Development Fund (NDF) of a minimum non-refundable amount of US$200,000; an investment of at least US$400,000 into one of the approved real estate projects or an investment of a minimum of US$1,500,000 directly into an eligible business as a sole investor or a joint investment involving at least 2 persons in an eligible business totaling at least US$5,000,000 and each of those persons individually invests at least US$400,000.

Dominica – A single applicant may become a citizen by exchanging for the passport a non-refundable US $100,000 donation to the Government Fund, or investing at least Us $200,000 in real estate, which then must be held for at least 3 years.

Jamaica has been given the green light to list the first ever Caribbean Green Bond on the stock market.

That’s according to the country’s Prime Minister, Andrew Holness. He said this week that the Green Climate Fund approved the listing, which will place Jamaica as the Caribbean country of choice to conduct climate smart and sustainable business.

The Cayman Islands government is promising to publish the identities of everyone who owns a company there by 2023. That would bring the island nation in line with a law passed last year by the United Kingdom, and with EU directives. “We will advance legislation to introduce public registers of beneficial ownership information,” the islands’ government said in a statement.

Meanwhile, the company that launched the world’s largest initial coin offering from the Cayman Islands has been fined by the SEC. Block.one has been ordered to pay a civil penalty of US$24 million to settle charges with the Securities and Exchange Commission that the token sale was not registered in the United States.

Block.one did not register its ICO as a securities’ offering pursuant to the federal securities laws, nor did it qualify for or seek an exemption from the registration requirements, the SEC said.

Block.one, which is registered in Cayman and has operations in Virginia and Hong Kong, conducted the ICO between June 2017 and June 2018 and raised the equivalent of US$4.1 billion dollars from the sale of 900 million tokens globally.

Andthe parent company of Health City Cayman Islands, Narayana Health (NH), has been recognized as one of the world’s most innovative health care providers by Fortune magazine’s annual “Change The World” list of companies.

A total of 52 companies from around the globe were listed and lauded by Fortune for “using the creative tools of business to meet society’s unmet needs.” Narayana Health placed at number 33.

“To ensure that the no-oil economy continues to expand, one cannot sit on one’s laurels. You have to pursue the improvement to infrastructure, improve the ease of doing business,” McIntyre said during a recent interview with Trinidadian economist Marla Dukharan. His comments come as Guyana ranks at 134 out of 190 countries on the Latest Ease Of Doing Business rankings.

Staatsolie Maatschappij Suriname, said the two firms had signed a 30-year agreement which would carry out a “minimum exploration program” in the 90,100-hectare block during the first seven years. Oil discoveries in neighboring Guyana have led to optimism in Suriname that the same formations continue across the border into the former Dutch colony, which has a population under 600,000.

The Dominica Geothermal Development Company said testing on the site of the new geothermal plant commence on October 8th. The project will drive the country’s energy mix to 51% renewables.

Communications company Liberty Latin America (LLA). has entered into an agreement to acquire AT&T Inc.’s wireless and wireline operations in Puerto Rico and the U.S. Virgin Islands for $1.95 billion, plus fees and expenses.

The all-cash transaction is expected to close in the second quarter next year, but the transaction is subject to customary closing conditions, including reviews by the Federal Communications Commission and the Department of Justice.

A Caribbean Development Bank-funded technical study presented in Belize says that white sugar can be used to replace refined sugar and, in fact, is being used in manufacturing processes within CARICOM and elsewhere in the world, a finding that has changed the tone of a trade dispute among Caricom producers.

Producers and users of white sugar in the region have agreed to meet to discuss issues pertaining to the supply and price of the product as the region readies itself for a policy shift that is likely to see the greater purchase and use of plantation white sugar to make products including sodas, flavored water, other drinks, as well as a wide range of baked products and other foods. The two sides are fighting over the high volumes of refined sugar being imported into the region to the disadvantage of regional producers of plantation white. Liquid sugar, which is more desirable for drink manufacturing, could soon be produced by Jamaica, Belize and Guyana and will receive the same policy treatment as other forms of sugar. This decision is likely to encourage the reopening of some liquid sugar operations which were shuttered because of the lack of market protection.

Roberts Construction, reportedly the largest construction company in Antigua and Barbuda, is expected to be awarded the contract for the Barbuda Housing Recovery Project, funded by the European Union and facilitated by the United Nations Development Programme (UNDP).

Roberts has been awarded the contracts for the Hanna Thomas Hospital and the construction of 150 homes through a financing agreement with the European Union (EU).

These Caribbean Islands Are All Offering Remote Work Programs

3 Ways to Make Your Trip Gay — Even If You’re Straight – Huffington...

‘The Beatles’ bring all their loving back to Broadway