News Americas, BRIDGETOWN, Barbados, Fri. Nov. 22, 2019: Here are some of the top business and finance news making headlines across the Caribbean this week.

Ever wondered about the cheapest place in the Caribbean you can live on if you are not a millionaire? Well Internationalliving.com is out with its list. According to the Nov. 19th article the cheapest to live in the Caribbean is Ambergris Caye, Belize. IL says for between $2,700 and $2,900 per month, a couple can enjoy a comfortable retirement in Ambergris Caye. The budget includes the cost of a house or apartment rental. If you own your own home on the island outright, then expats report it’s possible for a couple to live quite comfortably on less than $2,000 a month.

The fourth cheapest option found was Las Terrenas in the Dominican Republic where a one-bedroom, one-bathroom loft apartment can be had for as little as $99,500.  A couple can also live here for around $2,000 a month.

The Planning Institute of Jamaica (PIOJ) in its latest review of economic performance has said that the Jamaican economy grew by an estimated 0.3 per cent in the July to September quarter relative to the corresponding quarter of 2019.

Speaking this week at the PIOJ’s quarterly press briefing on the performance of the macroeconomy for the quarter, Director General Dr Wayne Henry, according to the Jamaica Observer, said that growth was driven mainly by increases in the finance and insurance services, hotels and restaurants and the manufacturing industries.

The investment will create up to 105 full-time jobs in three to five years, bringing full-time employment at the site as high as 322.

Based in Duluth, Ga., Boehringer Ingelheim’s Animal Health business in the United States has invested more than $220 million to expand sites in Georgia, Missouri and Puerto Rico in the last few years. The Barceloneta plant has been in operation for 48 years.

Horseshoe Insurance Services Holdings is an independent financial services company “dedicated to both the insurance-linked securities and alternative fund markets.” Information on the company’s website indicated that Horseshoe has $30 billion in assets under administration. Apart from its main location in Bermuda, Horseshoe also has offices in the Cayman Islands, Gibraltar, the US, the UK, and Ireland.

Prime Minister Mia Mottley has slammed The Barbados Light & Power Company (BL&P), a subsidiary of Canada’s Emera Inc., after an engine failure early on Monday and again on Tuesday knocked out power to much of the island.

The PM called the outage “unacceptable and embarrassing” and expressed dismay at how the country could have lost “all of its generating capacity” at once.

The loss of electricity as the island enters its peak tourist season under the winter sun meant that schools were closed and Barbadians across extended areas had to cope with low water pressure, discolored water, or dry taps.

Cayman Enterprise City (CEC) has once again been recognized with Global Free Zones of the Year Awards by the Financial Times’ fDi Magazine. Awarded annually, the distinctions recognize and honor the top free zones in the world.

fDi Magazine is the world’s leader in comprehensive services related to foreign direct investment. With over 85 free zones from around the world considered in this year’s awards, CEC was awarded six Bespoke Awards in a variety of categories that are critical to improving and growing Cayman’s thriving special economic zones:

Since its establishment in 2011, CEC has grown to include 250 special economic zone companies. With a focus on three zones – Cayman Tech City, Cayman Commodities & Derivatives City, and Cayman Maritime & Aviation City – CEC has achieved significant annual growth since its launch in 2012.

America’s leading regional airline, and American Airlines have expanded their commercial relationship by introducing a codeshare partnership, providing customers of both airlines’ seamless connections between the carriers’ networks and enabling passengers to fly segments operated by both airlines under a single ticket. Under the agreement, American’s airline designator code (AA) is available on Silver Airways (3M) designator code for more than 180 Caribbean flights per week, including to and from San Juan, Anguilla, Dominica, Tortola, St. Thomas and St. Croix. Silver’s wholly owned subsidiary, Seaborne Airlines, previously had a codeshare relationship with American on its Caribbean network. Those flights are now operated for Silver Airways.

Azcuba is Cuba’s main producer and supplier of sugar and alcohol. The joint venture will be split 50-50 and will be valid for 30 years.

Ron Vigia’s production will focus on the Ciego de Ávila province. The joint venture will own “very significant maturing stocks” of local rum, enabling The Island Rum Company to distribute its brands globally.

The Island Rum Company will distribute Ron Vigia’s spirits portfolio, which will include: Black Tears by Vigia, the “first” dry spiced spirit made with Cuban rum, which is already available in 20 markets; La Progressiva 13 by Vigia, a dry spiced sipping rum that launched in October; and La Progressiva 500 by Vigia, a limited edition expression created to celebrate Havana’s 500th anniversary this month.

The MOU agreement formalizes a collaborative partnership between The Bahamas and Carnival Corporation designed to provide hurricane relief funds for the joint mission of rapidly restoring Rand Memorial Hospital, with a collective goal of returning the facility to a safe and healthy environment for patients and medical professionals by the end of March 2020.

Additionally, the hospital’s existing kitchen suffered damage, so the restoration project is expected to include the completion of a new kitchen that was partially constructed prior to the storm, which will be able to provide meals for patients and staff once the hospital officially reopens. 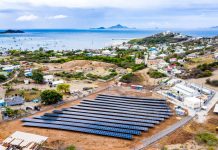 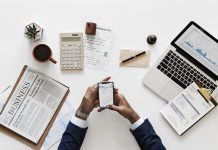 How To Remain Financially Afloat As An Entrepreneur In The Caribbean 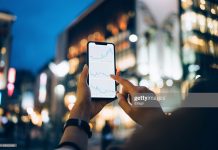 How Is Trump's Impeachment Going To Affect Your Stock Investment?

Venezuela’s Maduro, Ex-Bus Driver, Now to Set His Own Route