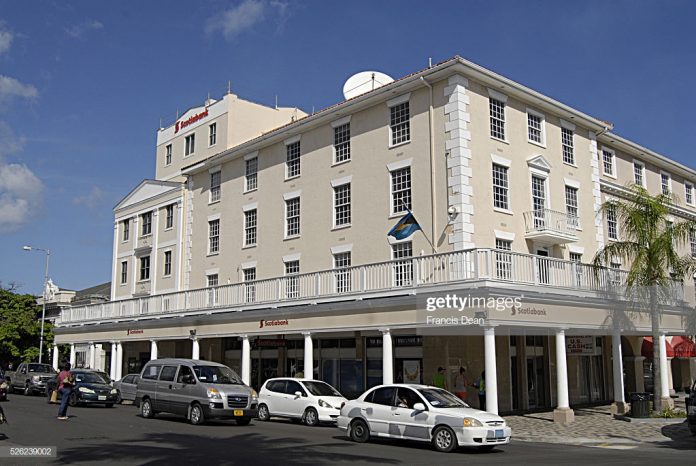 A major investment conference is to be held here in early April to examine how to pump millions of new cash into aging hotels and other properties for tourism, Minister of Tourism, Kerrie Symmonds has told Parliament.  His ministry was the first to go under scrutiny under a new system of committee hearings instead of the traditional debate of the government’s Estimates of spending and revenue for the new financial yea which begins on April 1.

On the heels of Scotiabank’s announcement that it is pulling out of several Caribbean jurisdictions, the Canadian bank has reported its operations in Barbados recorded millions of dollars in losses in the last financial year.  The Bank of Nova Scotia, which trades as Scotiabank, said in financial statements published this week, that after making $47.27 million in profit in 2017, it was faced with a massive $18.65 million loss.

The government has allocated $67 million to undertake a pre-assessment survey and evaluation studies aimed at identifying a possible third city for Jamaica.  The funds will also go towards undertaking an economic assessment and production of a report with recommendations of three possible sites.  Activities under the engagement, which commenced in April, 2017, are being implemented by the Ministry of Economic Growth and Job Creation with funding from the government of Jamaica.

JMMB Group has signed a year-long agreement with the Branson Centre for Entrepreneurship Caribbean, aimed at providing select JMMB Group business clients with training resources and other virtual learning opportunities through the Branson Centre.  Through the agreement, JMMB Group will facilitate select small and medium sized enterprises (SMEs) clients, deemed to be in the growth and expansion phase of their businesses, to participate in workshops offered by the Branson Centre, at a discounted price.

The government has raised new concerns regarding the sale of Scotiabank operations in that country, amid reports that the financial institution may be examining an alternative to paying severance to workers following the decision to sell its operations in nine Caribbean.

The government has denied putting in place, measures that would serve to block attempts by NCB Global Holdings Ltd of Jamaica, (NCBJ) to acquire the Trinidad and Tobago-based Guardian Holdings Limited, (GHL).

The Bahamas, Trinidad and Tobago, the United States Virgin Islands and Puerto Rico are among several countries which have been blacklisted in a report published by the European Commission.   Individual EU governments and parliamentarians still have to sign off on the list, but if accepted, it would prove painful for EU banks that handle payments connected to the blacklisted countries and territories.  Those lenders would have to conduct “enhanced due diligence” on any cash that moves to and from the EU and the blacklisted jurisdictions.

World Bank data shows that many more domestic firms in The Bahamas experience bribery than those with 10 percent or more foreign ownership. The data on the World Bank’s website, when viewed by ownership sub-groups, reveals that bribery incidences for domestic firms is about 20.9 per cent while 16 percent of firms with 10 percent or more foreign ownership experienced at least one bribe payment request.

The Dominica Community Tourism Inc., (DCTAI) has launched a Community Tourism Enhancement Competition which aims to improve the quality of the tourism experience in communities.  The competition will be anchored in four pillars, cleanliness, landscaping, hospitality and community involvement, and will be done in a competitive manner where neighborhood communities will be grouped into five or six zones and will be required to host an event during the months of March and April in one of the communities within the zone.

Mother Of Trinidad Rapper In Tell All To British Paper

Justice in the Netherlands is looking for Curaçaoan