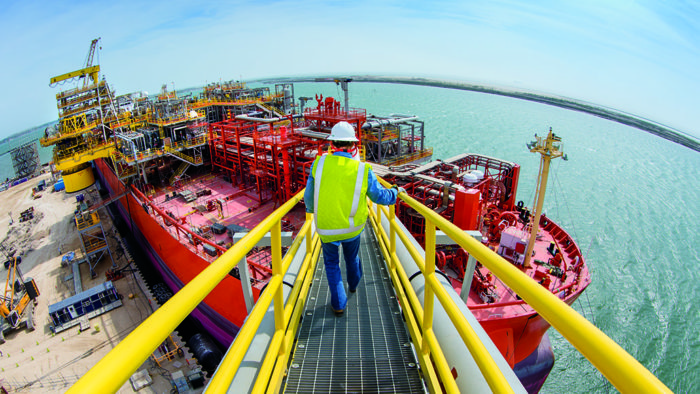 News Americas, NEW YORK, NY, Fri. Aug. 14, 2020: Here are some of the top business and finance news making headlines across the Caribbean this week.

Guyana’s new People Progressive Party/Civic government has been placed on hold Exxon Mobil’s Payara-Pacora project until a thorough review is conducted, according to a local news report.

Pres. Irfaan Ali says his government has approached Canadian authorities for assistance in finding a suitable qualified person to conduct the review and advise on the way forward, according to Stabroek News.

Exxon had been pressing for a deadline to have its permits approved to make a final investment decision on Payara, but the company must now wait first for the review.

Various private sector concerns in the Caribbean, hard hit by the COVID-19 pandemic, are to benefit from more than US$2 billion in new financing from Inter-American Development Bank and its private sector arm, IDB Invest.

IDB Invest recently increased its COVID-19 response to $7 billion in financing, including an additional $500 million in long-term investments and $1.5 billion in trade finance operations. On top of this $7 billion, it plans to mobilize capital from third-party investors.

In a release, the agency explained that “given the deepening crisis… the goal is to finance interventions that alleviate healthcare constraints, maintain jobs, restore supply chains and sustain sources of income, especially for micro, small and medium enterprises (MSMEs).”

This as Royal Caribbean Group secured a $700 million term loan facility from Morgan Stanley this week. Following withdrawal of the loan, the company will bear interest at LIBOR plus 3.75% and mature 364 days from funding. As of Jun 30, 2020, the company had cash and cash equivalents of approximately $4.1 billion, compared with $3.9 billion at the end of Mar 31, 2020.

Total and Apache Corporation have made a significant third discovery with the Kwaskwasi-1 well, in Block 58 off the coast of Suriname. This follows previous discoveries at Maka Central in January and Sapakara West in April.

“We are very pleased to announce a third discovery in a row, following the two oil discoveries at Maka Central and Sapakara West this year,” said Kevin McLachlan, Senior Vice President Exploration at Total. “This very encouraging results confirm our exploration strategy in this prolific zone, which targets large volumes of resources at low development costs.”

The well was drilled by a water depth of about 1.000 meters and encountered a total of 278 meters net pay of hydrocarbons, which comprises 149 meters net in good quality Campano-Maastrichtian (composed of 63 meters of high quality oil and 86 meters of volatile oil & gas condensates reservoirs.

The Bermuda Government is buying back up to $500 million of its bonds from investors and selling new debt. The move is part of the government’s plan to restructure existing debt, with the aim of securing more favourable interest rates, and issuing new debt to meet the next two to three years of borrowing needs. The tender offer for up to $500 million of the existing US dollar bonds, with maturity dates between 2023 and 2029, started on Monday, according to a statement issued by PR Newswire.

The 33 percent decline in foreign direct investment (FDI) inflows in 2019 is “an horrendous signal” for The Bahamas’ prospects of replacing tourism’s earnings, a governance reformer has warned.

Robert Myers, the Organisation for Responsible Governance’s (ORG) principal, told the Bahamas Tribune Business, that this nation was in danger of “falling asleep at the wheel” over the urgent need to find a new foreign currency earnings source to support the fixed one:one exchange rate peg with the US dollar. Speaking after the World Investment Report 2020 revealed that FDI inflows to the Bahamian economy last year fell to just 20 percent of the pre-Baha Mar peak in 2014, Myers said: “It’s an horrendous signal. That’s awful, awful. That’s bad news given that it was pre-COVID-19. …. We’ve got 60 percent of our economy that’s fallen off the cliff, and the remaining 40 percent we’d better pump full of steroids so that we get that moving and create some jobs.”

He added: “The number one way to do that is property and development, that type of FDI, but right now we seem to have fallen asleep at the wheel and nothing good is going to come out the other end.”

Trinidad and Tobago is in a depression says economist Dr Roger Hosein. The Trinidad Express quoted Dr. Hosein as saying that 2016-2020 were contraction years in the economy, which foreshadows that by the end of 2020, the country’s Gross Domestic Product (GDP) will be 15 per cent smaller than it was in 2015. His comments come as the restaurant industry has noted that in-house dining has slowed down significantly, and will not be able to survive another lockdown.

Governor of the Central Bank Cleviston Haynes has hinted that he would be meeting with commercial banks to see if a special interest rate could be applied to bank customers in Barbados hoping to get away from paying accumulated interest on their loans during the pandemic.

“It is something that we will discuss with the banking system. But I think there has to be a sort of understanding of how the system works as we go forward. I don’t think we will get a situation where we automatically say there will be no additional interest as a result of the moratoria,” said Haynes.

A US$35 million Enterprise Support Project was officially launched this week, funded by the Sint Maarten Recovery, Reconstruction, and Resilience Trust Fund, financed by the Government of the Netherlands, managed by the World Bank, and implemented by the National Recovery Program Bureau (NRPB) on behalf of the Government of Sint Maarten.

The project aims to support micro, small and medium enterprises (MSMEs) through direct financial assistance to contribute to the restoration of economic activity in Sint Maarten. “Micro, small, and medium enterprises are key for the island’s economic recovery and for job creation. This project can benefit Sint Maarten’s economy by supporting viable local enterprises, so that they can continue operations, and better prepare for the future,” said Michelle Keane, World Bank Program Manager for the Sint Maarten Trust Fund.

St. Kitts & NevisPrime Minister Dr. Timothy Harris says the local economy has been “buffeted and battered” by the coronavirus (COVID-19) and warned nationals that “these are difficult times” for the twin-island Federation.

But he told a news conference that his newly re-elected government is doing everything possible to weather the storm.

“We continue to listen, review and help our beloved citizens and residents where and when we can. All we have done with respect to our stimulus package in excess of EC$120 million (One EC dollar=US$0.37 cents) we have done without borrowing one cent,” he added. “We are alone in this fiscal space, and we thank God for His blessings. Our savings however are limited, and the Federal government has reprioritized its expenditures for 2020 to allow us to respond to COVID-19 and the huge threat it poses for the displaced, unemployed, poor and needy in our country.”

USVI Governor Albert Bryan Jr has announced the Matching Fund Securitisation Act which he hopes will create a significant revenue stream for the US Virgin Islands and reduce overall interest rates on the Territory’s current debt.

If the legislation is passed by the Legislature, it will allow the USVI to re-enter the international bond market for the first time in 11 years. He explained that measures included in the Act can potentially create a revenue stream of US$85 million for each of the next three years.