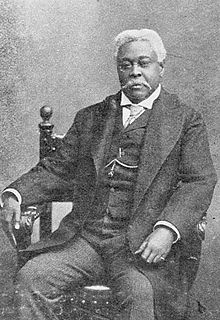 News Americas, MIAMI, FL, Thurs. Mar. 1, 2018: The U.S. Immigration and Customs Enforcement agency, (ICE), may be scaring a lot of immigrants currently with their raids and enforcement round-ups, but the agency took time out this week to celebrate a former black employee and Caribbean immigrant.

As Black History Month wrapped up, ICE officials paid tribute to the early contribution to the organization by Barbados-born David Augustus Straker, one of the first men of color to serve in the legacy agencies of ICE.

Straker left his native Barbados in 1868 and arrived in Kentucky to teach at a freedmen’s school. After one year, he left for Washington, D.C., where he continued his own education at Howard University, earning a law degree in 1871. He then began a career with the Treasury Department, where he joined as a clerk in the auditing office.

Four years later, Straker moved to South Carolina where he accepted a position as Inspector of Customs in the port city of Charleston, making the attorney and future state representative.

“While our appreciation of the contributions of African-Americans to both our nation and ICE’s mission is ongoing, we’re pleased to have this month designated to honor the special significance of those contributions,” said Thomas D. Homan, Deputy Director and Senior Official Performing the Duties of the Director.

The salute to Straker comes as the agency is continuing its raids across the country, targeting undocumented immigrants whose only crime is being in the US without legal working papers. At least 11 were taken into custody in Northern California Sunday including a man who came to the US as a four-year-old child and is now in his 30s. Hundreds have been previously detained in Southern California, home to many Latino immigrants.

Cayman sends wanted fugitives back to Jamaica on Friday Loop...