James Solages, a U.S. citizen of Haitian descent, is one of the six people arrested so far, the Washington Post reported, citing Mathias Pierre, Haiti’s minister of elections and interparty relations.

Solages, 35 is listed as an employee of Brookdale Senior Living on LinkedIn, and president of the board of directors for the non-profit organization, FWA SA A JACMEL AVAN, INC. that says it is working to rebuild Haiti. It lists its address as 5440 N State Rd 7, Suite 206, North Lauderdale, Florida, 33319. However, Brookdale Senior Living, in an email to NANN, said that Solages was never employed by the company.

His bio on the site describes him as a: “building engineer specialized in the field of infrastructure development, certified diplomatic agent, driver’s Course, and Protection Course.”

He also states that “he was the chief commander of body-guards for The Canadian embassy in Haiti.”

“Currently, Mr. Solages works as a corporate executive serving as a consultant in different locations throughout South Florida,” the bio added. “Mr. Solages also serves as a politician promoting his country by focusing on compassion programs and counseling economic development program. Preceding his tenure as a consultant, his career began as a volunteer in different nonprofit organization assisting communities in need and Haiti. Mr. Solages is a youth leader and an advocate for underprivileged kids.”

Edlyne Jeudy is listed as the vice-president on the group’s website and Milot Berquin as the treasurer.

Jeudy according to the site is a “registered nurse, currently working as the Health & Wellness Director of Carlisle Senior Lifestyle Center” while Berquin “holds a Master’s degree in Journalism and Business, also well recognize as a community leader in Haiti.”

On LinkedIn, he wrote that he received a bachelor’s degree in IT, and added that he attended “Florida Security school.” The degree listed was an MB, PI license. Field Of Study Public safety. Dates attended or expected graduation were 2010 – 2012. Under “skills,” he listed: military police, mechanical, electrical, and plumbing (mep) and electrical troubleshooting.

President Jovenel Moïse was reportedly found dead on the floor of his bedroom on July 7th.. The deputy justice of the peace of Pétion-Ville, Carl Henry Destin, told the Nouvelliste newspaper, that his body was riddled with at least 12 bullets.

He was found dead, lying on his back, blue pants, a white shirt stained with blood, his mouth open, his left eye gouged out, the paper quoted Destin as saying. He also told the paper that Moïse was shot to the forehead, in each nipple, at the hip and in the abdomen by large caliber weapons and with 9 mm projectiles. The president’s office and bedroom were also reportedly ransacked.

The maid and the boy on duty were tied up by members of the commando team who shouted “DEA operation” as they entered the property, the judge said.  No other person at the presidential residence was shot except for the first lady who is now in a Miami hospital. The Moïse’s daughter, Jomarlie Jovenel Moïse, present at the time of the attack, hid in her brother’s bedroom.

Haiti’s police has killed or apprehended the suspected killers of President Jovenel Moise, officials said on Thursday, and are hunting for the masterminds behind the assassination that stunned the impoverished Caribbean nation. Police Chief Leon Charles said in a televised briefing on Thursday that authorities had tracked down the suspected assassins to a house near the scene of the crime in Petionville, a northern suburb of the capital Port-au-Prince. A fierce firefight lasted late into the night and six suspects were taken in custody, while three corpses were retrieved.

Police were heavily patrolling the area from early on Thursday. Officials have not given a motive for the killing so far. Since he took office in 2017, Moise had faced mass protests against his rule – first over corruption allegations and his management of the economy, then over his increasing grip on power.

A crowd of locals gathered on Thursday morning to watch the police operation unfold, with some setting fire to the suspects’ cars and to the house where they had bunkered down. Bullets were strewn in the street.

“Burn them!”, shouted hundreds of locals gathered outside the police station where the suspects were being held.

The members of the UN Security Council condemned in the strongest terms the assassination of the President who was ruling by decree, and expressed their condolences to his family and to the Haitian people while calling for the perpetrators to be swiftly brought to justice. They also made an emphatic call on all political stakeholders in Haiti to refrain from any acts of violence and any incitement to violence.

And heads of Government of the Caribbean Community, CARICOM, strongly condemned what they termed an “abhorrent and reprehensible act,” that comes at a time of deep turmoil and institutional weakness in the country.  They called for the perpetrators to be apprehended and brought to justice, and for law and order to prevail. CARICOM also expressed its willingness to play a lead role in facilitating a process of national dialogue and negotiation to help the Haitian people and their institutions to craft an indigenous solution to the crisis. They called on the people of Haiti to remain calm, and to overcome their differences and unite at this moment of national peril. As a mark of respect, the Member States of the Community and the CARICOM Secretariat will fly their national flags and the CARICOM Standard at half-mast for three days beginning immediately, as well as on the day of the funeral of the President.

Moise and his wife, Martine Moise, who is now critically injured in at the Ryder Trauma Center at Jackson Memorial Hospital in Miami,  had three children together: Jomarlie, Joverlein and Jovenel Jr. All three children are adults. Martine Marie Etienne and Jovenel Moise were classmates and childhood sweethearts, according to The Focus. They were married in 1996. Jomarlie Moise, who went by ‘JoJo,’ was the couple’s only daughter. According to La Nouvelliste newspaper, she survived uninjured by hiding in one of her brother’s room.

While condemning the assassination of Haitian President Jovenel Moise on Wednesday, the US insisted the country should still proceed with elections in September. “It is still the view of the United States that elections this year should proceed,” Ned Price, the US State Department spokesperson said at a briefing Wednesday afternoon. “We know that free and fair elections are the democratic path towards ending Haiti’s irregular and prolonged rule by decree and restoring its parliament, which as of now has lapsed. Free and fair presidential elections will facilitate a peaceful transfer of power to a newly elected president as well.”

The United States also called on all political parties, civil society groups, and stakeholders to – like Acting Prime Minister Claude Joseph – call for calm and to work together in the wake of this tragedy to ensure peace and democratic governance.

And the US shot down a report that its DEA had anything to do with the assassination and urged Haitian authorities to bring those responsible to justice.

“Well, as you said, the Haitian ambassador himself has dismissed these allegations,” Price stated. “These reports are absolutely false. The United States condemns this heinous act. These false reports are nothing more than that, just false reports.”

President Moise is only the second Caribbean leader to be murdered while in office in recent years and the first President. The first was Prime Minister Maurice Bishop of Grenada in 1983. A four-man People’s Revolutionary Army firing squad executed Bishop, three members of his Cabinet and four others by machine-gunning them. After he was dead, a gunman slit his throat and cut off his finger to steal his ring. The bodies were then transported to a military camp and partially burned in a pit. The location of their remains is still unknown. 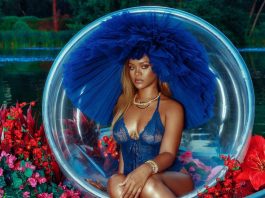 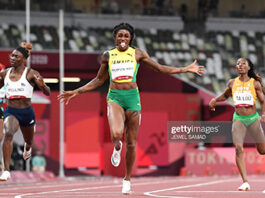 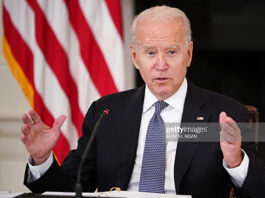