The Global Investment Trends Monitor, published by UNCTAD, said Latin America saw an uptick from 2011, with the strongest investment rise being in South America. UNCTAD said this was due to the sub-region’s economic buoyancy, leading to a significant number of market seeking investments and the persistent strength of commodity prices, which continue to encourage investments in the extractive industries, particularly in Chile, Peru and Colombia.

Inflows also registered strong growth in Argentina. FDI to Brazil slowed but remained robust, confirming the country’s primacy as the leading investment destination in the region, accounting for 28 percent of the total.

FDI flows to Central America, however, decreased mainly as the result of a decline in Mexico. The report did not take into account FDI flows to the Caribbean.

Globally, FDI flows reached their lowest level of just slightly over $1.2 trillion. FDI inflows to developing Asia fell by 9.5 percent as a result of declines across most sub-regions and major economies, including China, Hong Kong (China), India, the Republic of Korea, Singapore and Turkey. However, 2012 inflows to Asia were still at the second highest level recorded, accounting for 59 percent of FDI flows to developing countries.

FDI flows to Africa rose in 2012. Flows to North Africa reversed their downward trend, as Egypt

Saw a rebound of investment from European investors. Angola – an important holder of FDI stock in Africa – posted lower divestments in 2012 compared with 2010 and 2011 while positive growth of FDI flows to South Africa contributed to a rise in inward FDI flows to Southern Africa.

“We thought it was a healthy, steady recovery and now we feel that it will take longer than we expected for the recovery of FDI,” said James Zhan, Director of UNCTAD’s Division on Investment and Enterprise, who added there was “cautious optimism” for this year and next.

But he predicted that this year, global FDI may grow by around 7 to 8 per cent and in 2014 something like 17 per cent. 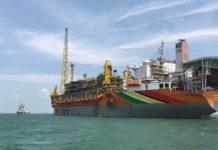 Anthony Weiner Goes Under The Bus