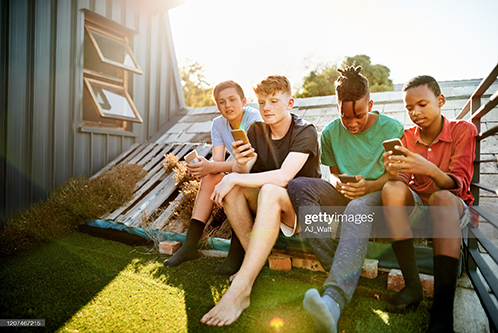 News Americas, NEW YORK, NY, Thurs. May, 20, 2021: Gaming in the Caribbean has taken off – and regulators all across our region are looking at ways to enable our financial services sector to benefit from it as much as other regions across the world do. It is a big deal: Accounting for almost half of video game revenue globally, mobile games revenue is expected to surpass the 100 billion dollar mark by 2023 according to Statista. Last year mobile games revenue in the US reached $10.73 billion. This growth was fueled by technological advances, digital innovation and national lockdowns.

Last year the mobile game industry raked in an estimated $77.2 billion in revenue, making it one of the highest performing industries globally. It is believed the industry grew with over 2.5 billion players worldwide, with gamers spending more than $19 billion during 2020’s second quarter on mobile games. According to reports, Asia comprises almost half of the mobile gaming market with over 905 million users. A prediction by Newzoo estimates that mobile and tablet gaming could account for up to 50% of the overall gaming market. Mobile gaming is expected to outpace growth in the PC gaming sector as early as 2022. Women make up the majority of the gaming audience. Further analyses indicate that nearly a third of mobile gamers are over 45 whereas young adults and teenagers (16 – 24 year olds) only represents 14.2% of mobile gamers. Middle-aged mothers are more likely to be mobile gamers.

6% of Mobile Game Publishers are American

34.75% of players. Racing games have a player base estimated at over 31%.  The top charts for free, paid and top grossing games on iPhone include: Parking Jam 3D, Human: Fall Flat and Candy Crush Saga respectively.

Mihoyo is an independent studio which has been turning heads with it’s role-playing action game Genshin Impact. The game features an open-world environment and action-based battle. Players can switch between anime-style characters. The game racked in over $100 million in revenue, making it the highest grossing game during Q4 in the US according to a report by TechCrunch. This game represents the gacha genre. Gacha games require players to spend in-game currency to receive items. This game mechanic is similar to loot boxes or prize crates found in mainstream games. According to Forbes a study revealed a direct correlation between the amount of money spent on in-game items and gamer age. It was found that 70% of all the gamers over 45 bought in-game items.

The unlimited potential of downloading a game without charge, allowing players to same a game before committing to it, is the preferred pricing model indicated in a Business Wire report. Niantic has seen its best calendar year yet, generating $1 billion in revenue during the first 10 months of 2020.

A report released by SensorTower indicated the contributing factors to the location-based game’s success. The overall mobile gaming space has seen a sharp increase due to global pandemic and lockdowns. Niantic implemented stay-at-home features, allowing Pokémon Go-ers to enjoy the location-based game without having to venture outdoors. Players practicing social distancing reportedly turned to this title in order to venture outdoors and stay active. The title releases frequent updates and generated nearly 600 million unique installs globally, with the US accounting for an estimated 18.2%, followed by Brazil at 11% and Mexico at 6.2%.

Mobile gaming is a rapidly evolving and growing industry. Visit this website for a different form of online entertainment which, just like mobile games, can be enjoyed in the comfort of your home.

Russia, Like the US Allows Military Hardware Sales to Strengthen Close Ties in …...