Home Commentary A UG-GOAL For Guyana: Education And National Transformation 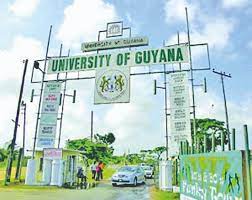 News Americas, NEW YORK, NY, Tues. Sept. 20, 2022: Education and innovations pertinent to the needs of industry are vital to a nation’s development. Therefore, state leaders must be deliberate in privileging human capital investments because of their connectedness to sustainable economic growth. These sentiments reflect the collective consensus of academics and development proponents for global success stories such as Singapore, where citizens continue to be centered on research and development initiatives. Moreover, the transformative role of education in building human capacity and its potential to catalyze national development in Guyana also resonates with key education administrators in an oil-resourced Guyana.

As we reflect on Guyana’s future in this edition, we focus on the University of Guyana (UG), its aspirations on the eve of its 60th anniversary, and a GOAL-centered approach now available to the Guyanese workforce. We do so by recognizing the various arguments underlying higher education today and Guyana’s position in adequately preparing its citizens to become globally competitive and locally relevant. To achieve the competitiveness and relevance of which we speak, we must act purposefully at this precise moment as sustained oil revenues are beginning to accumulate in Guyana’s Treasury. The GYD 552.6 billion budget was the largest in Guyana’s history. It was 44 percent larger than the 2021 budget, and for the first time, it included GYD 126.7 billion from the Natural Resource Fund (NRF), which at the end of 2021 stood at GYD$127 billion, Guyana’s share of oil production and royalties. According to the Guyana Central Bank’s 2022 first-quarter report for the Natural Resource Fund (NRF), the market value of the Fund on March 31, 2022, stood at GY$150.08 billion (US$719.81 million), an increase of 18.46% (G$23.38 billion/US$112.17 million) from the previous quarter.

Throughout its 59-year history as Guyana’s highest institution of learning, the University of Guyana has conferred close to sixty thousand students, drawn mainly from Guyana and the Caribbean region, with undergraduate and graduate diplomas and degrees in a range of disciplines. Besides servicing the arts, education, science, and technology disciplines, UG has expanded its program offerings incrementally since its establishment in 1963 to include geological studies and business incubation. Alums include the nation’s former and current president, world-class scholars, and executives in the Diaspora.

During the third episode of Transforming Guyana, the GBJ was honored to sit with UG’s 10th Chancellor, Professor Edward Greene, and Vice-Chancellor, Professor Paloma Mohamed-Martin. Together, they shared UG’s ongoing challenges and offered salient perspectives and a conceptual model for its advancement.

It is noteworthy that Professor Mohamed-Martin assumed office in 2020 as the eleventh Vice-Chancellor at a critical period in Guyana’s transition as an oil producer. UG’s pedagogical response to the challenges brought on by the global pandemic emerged almost simultaneously, forcing the institution to become innovative and adaptive while continuing to deliver quality education. Although not directly resulting from the worldwide pandemic, UG’s increased collaboration with external partners has also been amplified. According to Vice Chancellor Mohamed-Martin, its imperatives remain on resourcing the university’s teaching faculty, its laboratories, and programs to build human capacity in an oil and gas economy, agriculture, and other critical service sectors. What kinds of skills and education/training are needed for these industries? Guyana needs structural engineers, computer scientists, and skilled tradespeople like welders, accountants, and lawyers. It should be noted that many of the jobs for oil and gas will be outside of STEM since the administrative and subcontracting requirements of the sector are very large.

In articulating what it means for the nation’s premier tertiary institution to provide world-class education, the university principal posited that “student success is citizen success” and should be based on a flexible, agentic, authentic learning structure that incorporates global perspectives. Further, she offered that UG is best positioned to attend to the nation’s capacity-building needs, given its stability over its history. However, Professor Mohamed-Martin also acknowledged the deficiencies that have undermined institutional strengthening over the years. These include the physical overhauling of classrooms to accommodate the growing student population and the evolving focus on the STEM field, which requires substantial funding.

Despite its role in educating students and its overall contribution to Guyana’s public and private sectors over the years, UG’s history of being under-resourced appears perennial under successive administrations. Its funding model reflects a mix of student tuition, which came into being in 1994, and state subventions, along with external projects and collaborations among UG faculty and partners. Research and innovation, two significant pillars of national development, lack the critical support necessary to establish and sustain business incubation to drive national growth even as UG continues to push forward in these areas. For example, the university will hold its 2nd Graduate symposium from Oct 5 to 7, 2022, under the banner Innovative Research on Sustainable Development in a Resource Abundant Economy. Over twenty graduate students will present papers under the subthemes Food Production and Food Security, Public Health and Equitable Human Development, Environmental Management, Biodiversity, and Ecosystem Services, Migration, Violence, Suicide, Poverty, and Resilience, and Education for Sustainable Development in the 21st century. As the institution seeks to align its programs with international standards, one must recognize the current administration’s efforts to resource UG over the years. The university leadership’s strategic partnerships with local, regional, and international institutions as building blocks to human capacity building and transformation are also laudable. In effect, UG has been taught to fish, and it is embracing its future boldly. We note here also that the government has announced its plans to use oil revenues to make higher education free. This is an exciting development, and we would like planning for this eventuality to be as inclusive and rigorous as possible.

UG’s Chancellor, Dr. Edward Greene, who once headed the Human and Social Development directorate at the CARICOM Secretariat, believes that human capital development should be the bedrock of national development initiatives. His reference to the Singapore and Peruvian experiences also informed the discourse around investments made in the education and social sectors of those countries that have morphed into economic success stories. The Caribbean regional expert underscored the corollary between resource-rich nations and their record of slow economic growth while inferring that a nation’s actual development should be measured based on critical indicators, including the health of its citizens, their standard of living, and access to education. This framing invites further consideration of the national effort to educate the nation.

The Guyana Online Academy of Learning (GOAL), a newcomer to education delivery in Guyana, was launched by the Government of Guyana in 2021 to provide up to 20,000 online scholarships by 2025. As of August 2022, the Academy had already disbursed 7,500 scholarships based on its articulated vision and mission to provide quality tertiary education and opportunities to citizens from diverse academic programs, including aviation management, cyber security, artificial intelligence, and engineering.

GOAL’s international, regional and local partners include the International University of Applied Science, the University of the West Indies Open Campus, and the Ministry of Education. Given its second-chance ethos, GOAL presents a unique opportunity for the Guyanese workforce, and this initiative should complement rather than compete with UG. Comparatively, UG’s 150 programs in over 60 disciplines in online, face-to-face or blended formats and functions across eight campuses give it a clear competitive edge. Importantly, GOAL’s Get Ready Opportunity to Work (GROW) initiative accounts for 3,132 Guyanese awardees who lack the academic qualifications to enroll in the University of Guyana. GOAL’s flexible online arrangement reflects higher education’s changing face, especially in a post-pandemic environment.

GOAL and UG have similar socio-economic and political objectives. We believe that by working together, they can better prepare Guyanese, at home and abroad, for the 21st-century opportunities emerging in Guyana. A UG-GOAL collaboration for Guyana has the potential to transform the local workforce while preparing citizens to become globally relevant.

EDITOR’S NOTE: Dr. Carolyn Walcott is a media and communications educator and scholar with a diverse background in journalism education, international communication, and media development. Her research agenda includes media pedagogy, political rhetoric, and social change. She is an assistant professor of Communication and Media Studies at Clayton State University and teaches both undergraduate and graduate courses remotely for the University of Guyana. She previously served as Director at the U.G. Centre for Communication Studies (UGCCS), where she coordinated international capacity-building seminars to enhance journalism practice in Guyana. Her professional media and development consultancies include strategic mapping and intervention designs for agencies such as UNDP, UNICEF, and WWF. She completed her undergraduate education at the University of Guyana and graduate degrees at Ohio University (M.A-Communication &amp; Development) and Georgia State University (Ph.D.), respectively.

Dr. Terrence Richard Blackman is a member of the Guyanese diaspora. He is an associate professor of mathematics and a founding member of the Undergraduate Program in Mathematics at Medgar Evers College. He is a former Dr. Martin Luther King Jr. Visiting Professor at MIT and a member of The School of Mathematics at The Institute for Advanced Study. He previously served as Chair of the Mathematics Department and Dean of the School of Science Health and Technology at Medgar Evers College, where he has worked for more than twenty-five years. He graduated from Queen’s College, Guyana, Brooklyn College, CUNY, and the City University of New York Graduate School.