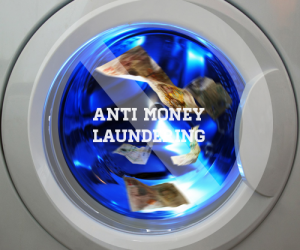 News Americas, MIAMI, FL, Fri. May 30, 2014: The South American nation of Guyana has been dubbed ‘a risk to the international financial system’ by The Caribbean Financial Action Task Force (CFATF).

The CFATF is organization of twenty-seven jurisdictions of the Caribbean Basin Region, which have agreed to implement the international standards for Anti-money Laundering and Combating the Financing of Terrorism (AML/CFT), Financial Action Task Force Recommendations (FATF Recommendations).

The group’s goal is to protect the international financial system from money laundering and financing of terrorism risks and to encourage greater compliance with the AML/CFT standards.

Guyana was blacklisted by the body again because of its failure to pass the Anti-Money Laundering and Countering the Financing of Terrorism (AMLCFT) (Amendment) Bill 2013, which was presented in Parliament on April 22, 2013.

The Bill was, however, rejected by the country’s Parliament in November 2013. While it was reintroduced in Parliament in December 2013 and has been subject to consideration by a Parliamentary Special Select Committee, the Parliament has not moved to enact the legislation again.

The CFATF said that as a result of not meeting the agreed timelines it was forced to list Guyana “as a jurisdiction with significant AML/CFT deficiencies, which has failed to make significant progress in addressing those deficiencies.”

Members were urged to implement further counter measures to protect their financial systems from the ongoing money laundering and terrorist financing risks emanating from Guyana.

The CFATF has referred Guyana to the international, Financial Action Task Force (FATF) .

Countermeasures could entail, among others, the requirement of enhanced due diligence measures; introducing enhanced reporting mechanisms or systematic reporting of financial transactions; refusing the establishment of subsidiaries or branches or representative offices in the country concerned, or otherwise taking into account the fact that the relevant financial institution is from a country that does not have adequate AML/CFT systems and limiting the business relationships or financial transactions with the identified country or persons in that country.

After deadly fire, fears for Carnival in Brazil