News Americas, MIAMI, FL, Fri. Feb. 2, 2018: It’s Black History Month in the US and as has now become a norm – lost in the shuffle – is that significant contribution of Caribbean nationals in the annals of US’ black history. Here are seven you should know from The Bahamas and Barbados:

One of the pre-eminent entertainers of the Vaudeville era and one of the most popular comedians for all audiences of his time, Bert Williams, was born in Nassau, Bahamas in 1874. At the age of 11, Bert permanently emigrated with his parents, moving to Florida. The family later moved to Riverside, California, where he graduated from Riverside High School. He would go on to become by far the best-selling black recording artist before 1920. In 1918, the New York Dramatic Mirror called Williams “one of the great comedians of the world.” In an age when racial inequality and stereotyping were commonplace, he became the first black American to take a lead role on the Broadway stage, and did much to push back racial barriers during his three-decade-long career.

Estelle Rolle Evans was a Bahamian born actress during the 20th century. Some of her most famous appearances were in the movies The Quiet One (1948), To Kill a Mockingbird (1962), and The Learning Tree (1969). Evans was born in Nassau, New Providence, The Bahamas in 1906, to parents Jonathan and Elizabeth Iris Rolle (née Dames). She was the oldest of eighteen children. Evans died on July 20, 1985, in New York City at age 78.

Rosanna Rolle Carter, who during the Harlem Renaissance, acted at the New Lafayette Theater as one of the Lafayette Players and later in The Brother from Another Planet, a well-reviewed 1984 film described as a science fiction fairy tale with a slavery plot, was born in New Providence, Bahamas in 1918. Carter received an AUDELCO award in 1977 for her work as a supporting actress in the play, Unfinished Women and was nominated for an Emmy Award as Outstanding Guest Actress in a Drama Series in I’ll Fly Away in 1993. She died at age 98 in Pompano Beach, Florida.

Father John Edwin Culmer was a minister and leader during the Civil Rights Movement, most notable for his work in Miami, Florida, United States. Father Culmer was born in 1891 in Eleuthera, Bahamas before migrating as many Bahamians did, to Florida . He attended Oskaloosa College, where he received a B.A. in music and later a bachelor of divinity degree from Bishop Payne Divinity School. He has also received honorary doctorates from Bethune-Cookman College and the Virginia Theological Seminary. After leading a ministry in Tampa, in 1929, Culmer was transferred to the Saint Agnes Church in Miami where he helped the poorly established church become one of the most acclaimed congregations in the American South. During his tenure as minister, he also served on the Dade County Senior Citizens Board, and headed Miami’s Peaceful Integration committee. Culmer also was chairman of the Fact-Finding Committee of the Greater Miami Negro Civic League, where he brought national attention to the deplorable housing and sanitation conditions of African Americans in Miami. This led to the building of the Liberty Square housing project, which opened in 1937. Father Culmer died on June 18, 1963. The Culmer Metrorail station, just northeast of the Spring Garden neighborhood of Miami, Florida, is named in his honor.

Barbados-born Frank L. White was a professional chef best known as the model for the fictional breakfast chef, often identified as “Rastus” on the boxes of Cream of Wheat breakfast cereal. White immigrated to the U.S. in 1875, where he became a citizen in 1890. He was working as a master chef at a Chicago restaurant at the time he was photographed for the cereal box in 1900. He died at age 70 in Leslie, Michigan and is buried at Woodlawn Cemetery in Leslie.

He was also the first African-American officer to serve as Assistant Chief Inspector and Borough Commander serving the Patrol Borough of Brooklyn North (which included historical African-American communities such as Bedford-Stuyvesant, Brownsville, Weeksville, Clinton Hill, Fort Greene, and East New York, among others) in 1966.

After Sealy’s retirement from the NYPD in 1969, he became the first African-American Associate Professor of Law and Police Science at John Jay College of Criminal Justice, and a founding member of NOBLE, a national organization of African-American police officers from various American cities. Sealy died in 1985 on his 68th birthday. On December 4, 1991, the library at John Jay was renamed the Lloyd Sealy Library in his honor.

Rabbi Arnold Josiah Ford was the first black rabbi in America, and a prominent member of Harlem’s Black Jews community.  Ford was born in Barbados to Edward Thomas Ford and Elizabeth Augustine Ford. He grew up to become a musician in the Royal Navy before settling in the United States. A talented linguist, poet, musician and composer of many Universal Negro Improvement Association and African Communities League (UNIA-ACL) songs, Ford co-authored The Universal Ethiopian Anthem with Benjamin E. Burrell. He also officially functioned as director of UNIA Band, Orchestra, Band of the African Legion, and the Liberty Hall Choir. In 1930 he and a small group of Black Jews went to Ethiopia, where they participated in the coronation of Emperor Haile Selassie, created a school, and acquired 800 acres (320 ha) of land for the purpose of uniting Black Jews of the Diaspora with their brothers already in Ethiopia. He died there in 1935. 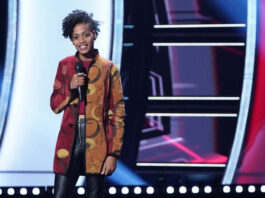 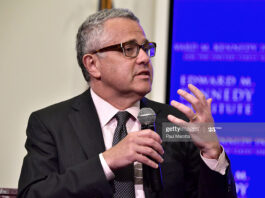 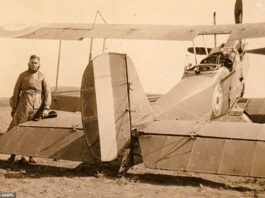