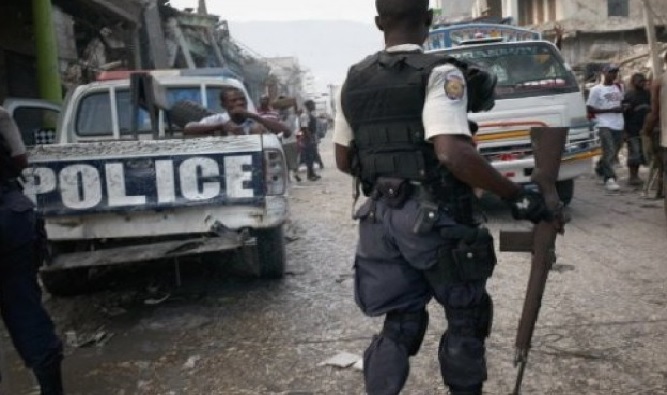 News Americas, NEW YORK, NY, Weds. Sept. 19, 2018: Police in a single Caribbean nation are reporting that there have been 32 cases of rape of children over the past nine months of this year alone.

Wesler Appolon, a spokesperson for the National Police of Haiti, described the issue as a real plague on the island.

Police said that in the first nine months of this year they have arrested at least 20 people involved in rape against minors in the communes of Cerca-Carvajal, Thomassique and Thomonde.

Appolon said that the criminal acts were occurring because of a lack of police presence in several areas.

“These individuals are dangerous, they participate in the kidnapping of schoolchildren and aggravated rape on minors among others,” he said.

Among the cases to shock the nation this year was the kidnapping and rape of a 12-year-old girl by a 55-year-old head of a network specializing in the kidnapping of children.

Appolon said that the police would be increasing patrols to better protect students.

Last year, the medical charity Medecins Sans Frontieres, (MSF), said rampant sexual violence in Haiti against children, including some toddlers, should be treated as a public health issue and more care made available for survivors

Most of the 1,300 survivors of sexual violence who had been treated at one clinic run by MSF in the Haitian capital Port-au-Prince since it opened in May 2015 were children, according to MSF.

Carl Frederic Casimir, deputy medical coordinator at the clinic, said last year that he had seen children as young as two years old treated for sexual assault at the clinic.

Just under half of all child victims of sexual assault who came to the clinic were referred by the police, a sign that authorities are playing an important role in helping girls and women get emergency care, MSF said.

The report also added that most children under 10 (71 percent) were abused in places where they should feel safe and about one in five minors who came to the clinic after sexual abuse was previously exposed to  Sexual And Gender Based Violence, (SGBV).