They have assets worth at least $100 MILLION each. That’s why.

They basically OWN America financially. These numbers are compliments of Penta Magazine, which is exclusively for the very rich. I only read the FREE part as a service to you my readers.

Not because I am envious.

And it is going to get even BETTER for the super-rich over the next 5 years. They will ENJOY a further growth in their wealth of 5.7% compounded annually, says Penta, according to the Global Wealth Report

Is that what the American Founders had in mind? REALLY?

I don’t think so because if they did they were running a massive Con Game on all of us writing a Constitution all about EQUALITY and telling everyone here there and everywhere they were creating a country UNLIKE all the others ruled over by kings and oligarchs who stole from everyone else.

Or maybe their very optimistic goal was subverted by the very GREEDY.

WAIT A SECOND …. I just got a comment from an anonymous “caller” – obviously not one of my regular readers to tell me it is NOT so good for the super-rich.

I did not mention that 5.7 % their wealth will grow compounded over the next 5 years – but that is lower than it has grown over the last decade.

So what is all this ranting and raving about this episode?

It is my lead into next week’s Democratic Presidential debates. I am simplifying it.

There is only one issue and one question in this election – INEQUALITY.

What about other 101 issues the 23 candidates address on their Websites and in their appearances?

Answer. They are all about INEQUALITY in America.

What about our unfair educational systems? It’s all about INEQUALITY.

What about our deformed medical system? It’s all about INEQULITY.

What about poverty in America? That’s easy. It’s all about INEQUALITY.

What about the failing environment? It’s all about INEQUALITY.

OK. Our environment keeps getting more and more degraded because the super-rich CONTROL too many elected officials who pass laws that favor polluters who get rich, ignoring the environment.

What about malnutrition in America? It’s all about INEQUALITY.

Not just Americans who are starving, but most so-called middle class Americans who can’t afford to shop in Whole Foods or buy the good stuff.

What about homelessness? Are you kidding? It’s all about INEQUALITY.

What about crime and drug addiction? It’s all about INEQUALITY.

I think the list is long enough. It’s ALL about INEQUALITY.

Specifically, INEQUALITY is out of control. There is no such thing as “perfect” equality and nor should there be. It is impossible and destructive even to try.

What we need in America, desperately need, is BALANCE. Manageable reasonable INEQUALITY. What does that mean?

That so few do not have so much both money and POWER – they go together – and everyone else in America almost none or none at all. To make it worse it is getting worst.

How do the super-rich just keep getting richer? It is very easy. Just be rich to begin with and unless you are a fool and make stupid investments you will be richer this year than last and richer still next year.

What did both Republican President Bush and Democratic President Obama both do? They used OUR (sic) government to take care of the losses of the super-rich and less than a decade later they were richer than ever thanks to OUR (sic) Treasury Dept and Federal Reserve.

And as an extra special GIFT to the rich ….

Nobody went to jail for their crimes!

Now let me get to the point.

A system that grossly over rewards the few and severely punishes those who are not, is not working well or at all. NOT in a country supposedly built on fairness and equality for all otherwise known as the United States of America. Simple basic logic everyone can understand.

When a system is broken it needs to be fixed.

It’s not difficult, except that we are made to believe it is difficult. We need a tax system in which everyone pays their FAIR share of their wealth. Remember many super-rich don’t need salaries. Salaries are for relatively “poor” people. It is all about equity and investments. Real wealth!

When will we know when we have a FAIR tax system? When the tax system has effectively eliminated excessive INEQUALITY. So, we need a tax system that does so and ours obviously does not. And we need a government that works for all of us not the few.

How will we know when we have such a government?

When they create a tax system that is fair to us all and drastically lessens INEQUALITY here in America. This is not a cure all, all by itself, but it is the essential core issue at the center of every other issue that these 20 of 23 candidates will respond to next week on stage in these debates.

So, at these two debates next week there should only be ONE question.

How will you end excessive INEQUALITY in America?

If they can’t answer that question they cannot solve all the others.

SO GET OFF THE STAGE if you cannot answer the question! 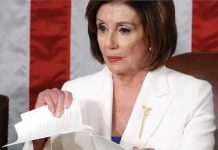