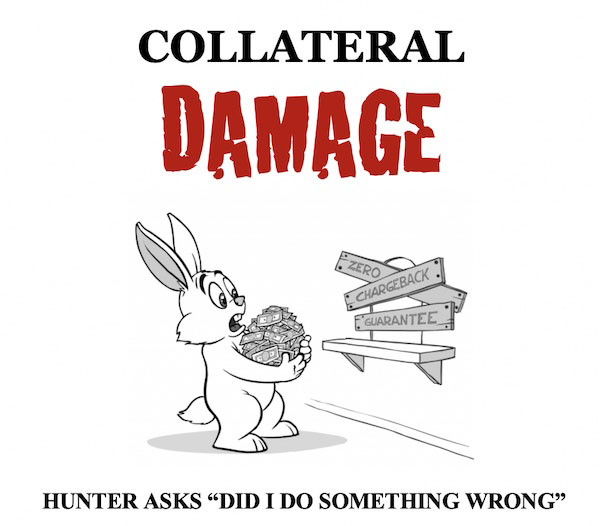 “It is unclear, however, how well-prepared Mr. Biden and his campaign may be to address questions about Hunter Biden’s business dealings beyond the specific case Mr. Trump has attempted to raise.”

That from The New York Times.

When a reporter asked former Vice President Joseph R. Biden Jr. on Saturday if he had spoken to his son Hunter about his work in Ukraine, Mr. Biden jabbed his finger repeatedly at the reporter and shot back: “Ask the right questions.”

That from Joe Biden quoted in The New York Times.

What do we have here? The fact that there is DIRT everywhere.

Now to Thursday’s New York Times front page. A rare all columns lead headline we see 2 or 3 time each, if that. Here is Thursday’s ….

Can you even image something like that a President or Nancy Pelosi or any member of Congress, or a mayor of New York City or how about even JOE BIDEN? NO way… Donald Trump is the first and ONLY!

Again, impeach the BASTARD! And ONCE is not enough …

Yes, yes you can thank me this episode. I’m opening with some rhetorical “theatre” for my readers to entertain you and make a powerful point!

What is the point? DAH … they are all CORRUPT. Trump. Pelosi, Adam Shiff, both BIDENS, many members of Congress, etc., etc., etc.

THE entire system is CORRUPT. Most of all our POLITICAL System. And do you know why it is supposedly not ILLEGAL? Because all these corrupt politicians write the laws and regulations …..

which makes their kind of corruption “legal.”

It has a very specific name too …. Institutional CORRUPTION!

OK, with this incredible opening to this week’s episode for your pleasure, let’s get down to Donald Trump, Nancy Pelosi, Joe and Hunter Biden -aka the father & son from Hell, all the other and CNN of course ……

Do we have time for a Joke?

Do you know why all the impeachment JUNKIES are so excited about Trump’s phone call with the new President of the Ukraine?

PUNCH line …. Because every other reason they have tried to use to impeach Trump FAILED and they do not want to give up; it’s too much fun!

In case any of my readers are getting worried thinking I have gone over the Dark Side and become a Trump supporter, it’s just the opposite. I am more opposed to the Dark Knight than ever before. I am very disappointed I could only vote once against the Trumpster in 2016 and that same rule is going to hold true in 2020. I want to vote at least 100 times against Trump in 2020!

VOTE against him and send him packing – NOT impeach him and LOSE.

Different title online but who is Neal Katyal? SURPRISE! A card carrying member of the corrupt political system. He worked with then Vice President Joe Biden as the “acting” (sic) Solicitor General for Obama administration.

Here is Kaytal’s op-ed argument …. “Our founders deliberately drafted the Constitution’s impeachment clause to ensure the potential grounds for impeachment would cover more than criminal activity.”

Later on, he writes …

“For our founders, the touchstone of presidential unfitness to serve was always abuse of the public trust. They viewed the president as having a fiduciary obligation to the American people — just like trustees — and if the president violated that duty, he should be impeached.

Here is the first problem Neal ….

Want to know who deserves to be #1 for “abuse of the public trust????” Former President OBAMA who conned us into electing him by convincing us he would be a Change Mater, but became a Master of the Status Quo  President, and worse one of the BEST friends of the rich and powerful.

Here is your second problem Neal …

If your very low vague and ambiguous subjective bar for impeachable offenses became the norm it would DESTROY our nation because anytime the President was of a different party than the one controlling the House of Representatives, the majority of the House …

…..would ALWAYS hobble the sitting President and use the House as a blatant political campaign weapon trying to beat the incumbent President at the next election using their well-developed political and nastiest political skills to constantly be attempting to impeach the President ….

It is called MOB Rule, and there is no doubt the ultimate interpreter of the then new Constitution was Alexander Hamilton, who was also the leading opponent of MOB Rule in the nation.

The time and the place to DEFEAT Trump is in November 2020 in the ballot box on Election Day. That’s how we SAVE AMERICA. Certainly not by assisting Trump’s re-election with this impeachment farce!

NO time to dig into the truly CORRUPT Bidens’ right now. Especially Hunter BIDEN and his enabler Presidential candidate, and Hunter calls him DAD, the wonderful Joe Biden, who loves everything Ukrainian and Chinese.

Want to know who should be in big trouble? Just read this lengthy indictment from the well-respected but very liberal New Yorker in this two-part series from July 2019 titled ……

The answer is YES, THANK GOD.

More next week. Maybe I will dig into The New Yorker for you?