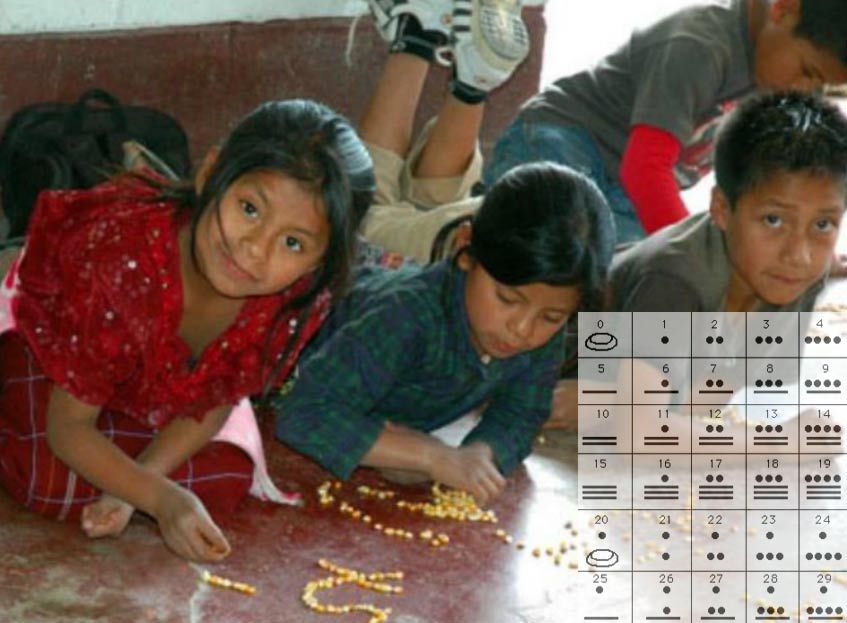 News Americas, MIAMI, FL, Fri. Mar. 2, 2018: A form of calculation that made the ancient Mayans such a successful race has been rediscovered by academics in Mexico, and is now being taught to the descendants of the long-lost culture.

Mayan math, an ancient mathematical method invented by the Mayans, has made the mathematicians of the long-lost civilization that built Chichen Itza in the jungles of the Yucatan Peninsula some of the most advanced of their time.

Now students in the remote village of Kanxoc are learning the ancient method and doing simple arithmetic with beans, sticks and pasta shells on a simple grid.

“We’ve seen very good results, because the method is very simple and the math class can be given in the Mayan language,” said Silvia Febles, Kanxoc Primary School Principal.

Using beans, twigs and pasta shells on a simple grid, the Mayan method allows these children to solve equations far beyond what could be expected of them.

In the Mayan method, a dot makes a single unit and five dots combine to make a bar.

When the seven migrates across the grid to add to the six in 1s square, and two bars combine to cancel each other out and make a ten. So a dot goes into the next row. So we’re left with twenty-three.

Now this method is not used for just simple arithmetic. Top academics in Mexico have employed it to do calculus. It’s this same 2,000-year-old method that made the Mayans such advanced astronomers, far ahead of their Roman contemporaries in western Europe.

The method is now taught in hundreds of classrooms across the Yucatan Peninsula. Yet it remains an unofficial addition to the national syllabus.

Dr. Luis Fernando Magana, a physics professor at Mexico’s National Autonomous University, is the academician who rediscovered the method, and has personally trained the teachers who propound it today.

“It’s a methodology that is brilliant, intelligent, very practical, so simple that everyone can do it by drawing grid on the ground and do the math with stones. It help develop a child’s analytical mind with analytical skills,” said Dr. Magana.

Dr. Magana said achieving official changes to the national public education syllabus is too great a challenge. But the mathematical method is growing fast by word-of-mouth through the Yucatan.

As Mayan math spreads through the communities descended from this ancient culture, the teachers said that local pride in their heritage travels with it. (SOURCE: CCTV)

FAO Director General to visit the Caribbean with a focus on...