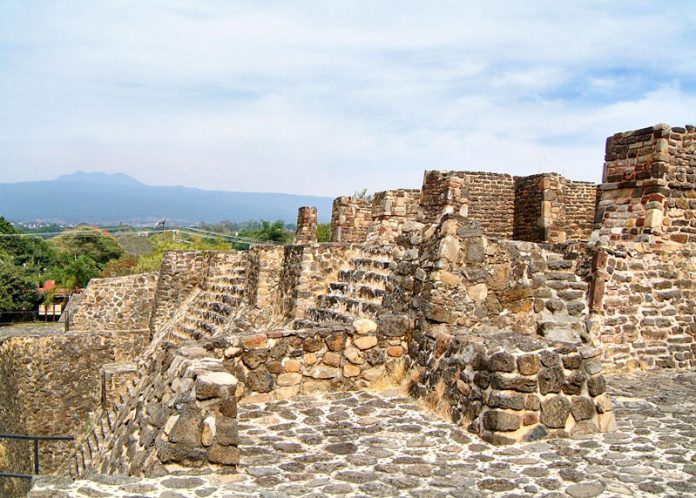 News Americas, NEW YORK, NY, Fri. July 20, 2018: The earthquake on September 19, 2017, which caused serious damage to the historical site of Teopanzolco in central Mexico, also revealed a temple that dates back to 1150, archeologists said this week.

The archaeological zone, located in the state of Morelos, remains protected and closed to the public since the magnitude-7.1 earthquake put its stability at risk.

To assess the damage, a team from the National Institute of Anthropology and History (INAH) built two shafts: one in the Temple of Tlaloc, the god of rain, and another between this temple and the Temple of Huitzilopochtli, the god of war.

“When we did the excavations (in the Temple of Tlaloc), we saw that the stones were loose, the core was not stable,” said archaeologist Barbara Konieczna from the center of INAH-Morelos.

In working to find firm terrain, Konieczna and her fellow archaeologists discovered the hidden temple.

The discovery took place almost a century after the first excavations at the archaeological site in 1921. However, the newly-discovered temple is believed to date to around 1150, older than the famous Templo Mayor, which belongs to the Late Postclassic period (1200 to 1521 AD).

“The internal temple that we found in that sense is the oldest at the pyramid of Teopanzolco. We have already detected two construction stages, and where we stand is considered to be built in the oldest phase before the second phase of the Templo Mayor,” Konieczna said.

To build temples on top of existing ones was a custom of the Mesoamerican people, she added.

The large amount of moisture has caused the stucco of the walls of the hidden temple to have almost been pulverized, although some fragments were rescued. A carbon 14 test will also be conducted to know with certainty the age of the newly-discovered temple. (SOURCE: CCTV)

This Latin American Nation Shifts From Flowers To Hemp

Latin America Urged To Create The Analog Of The European Union