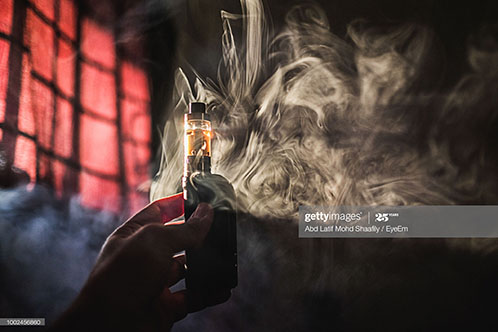 News Americas, NEW YORK, NY, Fri. May 22, 2020: Vaping has been around for quite a while now, and hemp oil has become a popular supplement of sorts, so it was only natural that people would try and bring the two together. However, the question that arises is whether there are any benefits to doing so and whether it is safe.

While the medical community is still on the fence about the long-term effects of vaping, there has been some promising research on the use of hemp-derived oil and CBD oil for fighting anxiety and reducing stress, among other things.

Does adding hemp oil to your vape present a higher risk of potential health issues, or is it a safe option? Well, let’s take a look.

What’s the Difference Between Hempseed Oil and Hemp Oil?

The major difference is that hempseed oil is made from the seeds of the Cannabis plant, while hemp oils or CBD oils are made from the other parts of the plant, predominantly the leaves stems and stalks. For this reason, hemp oils will have a higher CBD content, while seed-derived oils have a minuscule amount, but are rich in the healthy omega-3 and omega-6 fatty acids.

Hempseed oil is not fit for vaping in any form, as it is primarily a dietary supplement. Hemp oil, on the other hand, will generally have robust CBD effects, associated with a sense of calmness and pain relief.

Hemp oil is traditionally consumed as an addition to salads, shakes, or other meals. It can also be taken on its own or administered topically on the skin to improve hydration and general skin health.

There has been a lot of interest recently in using hemp oil with vape pens,  vaporizers for dry weed, though, and a lot of people have already jumped on this trend.

How Safe is It to Vape Hemp Oil?

There have been over 200 studies on the effects of CBD oil, and some on vaping THC infused liquids, there are not many long-term studies on vaping hemp oil. To say that this is still uncharted territory would be an understatement.

However, from what we can gather, all the adverse effects found in long-term vapers were related to the modding scene and the use of unregulated vape pens, homemade THC vape liquids, and the like. If you abuse your gear and use things outside of what the manufacturer suggests, you are asking for trouble.

If we look at CBD hemp oil itself, it has no components that would lead to health issues. So, apart from some risks involved with nicotine-based e-liquids and unregulated vaping juices in general, there is no process that we know of by which hemp oil would increase the chances or cause any harm in-itself.

In plain words, as long as you are OK with vaping and understand that there may be some risks involved, you have nothing to worry about when it comes to vaping hemp oil specifically designed for vaping. Of course, that’s if you are using quality vaporizers and have bought the CBD hemp vape oil from a reputable source such as Vaporizer Chief.

A few Things to Consider when Vaping Hemp Oil

As we mentioned above, the most important thing to consider before putting anything in your body is whether it comes from a source you can trust. Never get modded out vaporizers or vape juices or try to fiddle with them yourself. Stay away from e-liquids and other products that someone took from “a friend of a friend,” and vape responsibly.

Another thing to consider is that hemp oils will have varying degrees of CBD, and are often labelled as “hemp oil” instead of CBD oil because the manufacturer wants to stay in that legal grey area. So, check the ingredients carefully and see what you’re getting before you buy it. If it mentions Hemp Seed oil, it’s best to avoid it.

The last thing we should mention is that both marijuana and CBD oil usage is still a murky legal swamp that you need to tread carefully. Some places allow it and some don’t. Some allow these substances for medical use only, some are OK with CBD and not THC, and some places just lump it all together and ban it. Even if it is labeled hemp oil, it may be frowned upon by the local authorities.

There’s a lot of research still to be done on the topic of hemp oil or CBD oil, but these substances have shown some benefits and a lot of potential so far. As far as vaping is concerned, as long as you are getting your vaporizers and hemp oil from a reputable source, you can vape hemp oil just like any other vape liquid.