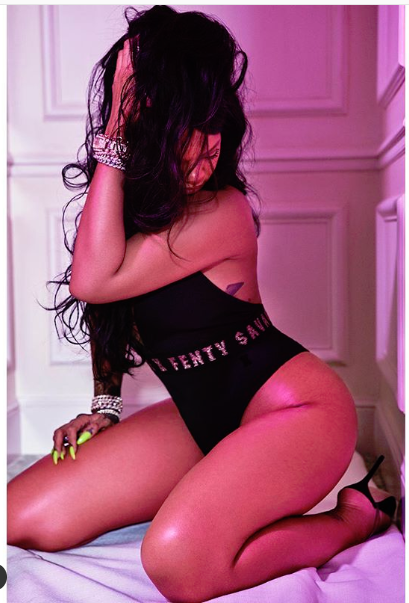 News Americas, NEW YORK, NY, Fri. Mar. 1, 2018: Here are some of the news heating things up on the Caribbean entertainment news scene for this week:

Bajan star Rihanna has set the Internet on fire again after dropping a pic of her in a sexy black bodysuit from her Savage X Fenty lingerie line. The photo, which Rihanna shared with her almost 68 million followers she has on Instagram, racked up more than 2 million likes in about two hours of being posted.

Trinidad-born rapper Nicki Minaj is denying all allegations of wrongdoing in the case brought against her by Tracy Chapman. Chapman claims Minaj sampled her song “Baby Can I Hold You” on a track with Nas titled “Sorry.”

Hawaiian reggae group, Kolohe Kai’s ‘Summer To Winter,’ has debuted at number one on the Billboard Reggae Chart.

The Oscar-winning animated feature “Spider-Man: Into the Spider-Verse” features Jamaican-American rapper Shameik Moore as the voice of the lead character and tells the story of an African-American/Puerto Rican teenager from Brooklyn Miles.

Grammy-winning reggae star Sean Paul and his wife Jodi Jinx have announced they are expecting their second child.

Reggae star Buju Banton has confirmed he is set to release new music in a teaser video posted without audio to Instagram.  “Yo world, working on the night shift… I’m feeling it, don’t worry you will too,” Buju wrote, ahead of his ‘Long Walk to Freedom’ tour which begins on March 16th at the National Stadium in Kingston, Jamaica.

And the T&T Po­lice Ser­vice says it will be using The Silent Fal­con un­manned aer­i­al ve­hi­cle (UAV or drone) to monitor next week’s ma­jor Car­ni­val fes­tiv­i­ties. The country’s police commissioner said he believes the move would give the police more visibility and access over the Carnival period. Commissioner Griffith also asked members of the public to refrain from wining on police officers during the Carnival celebrations.