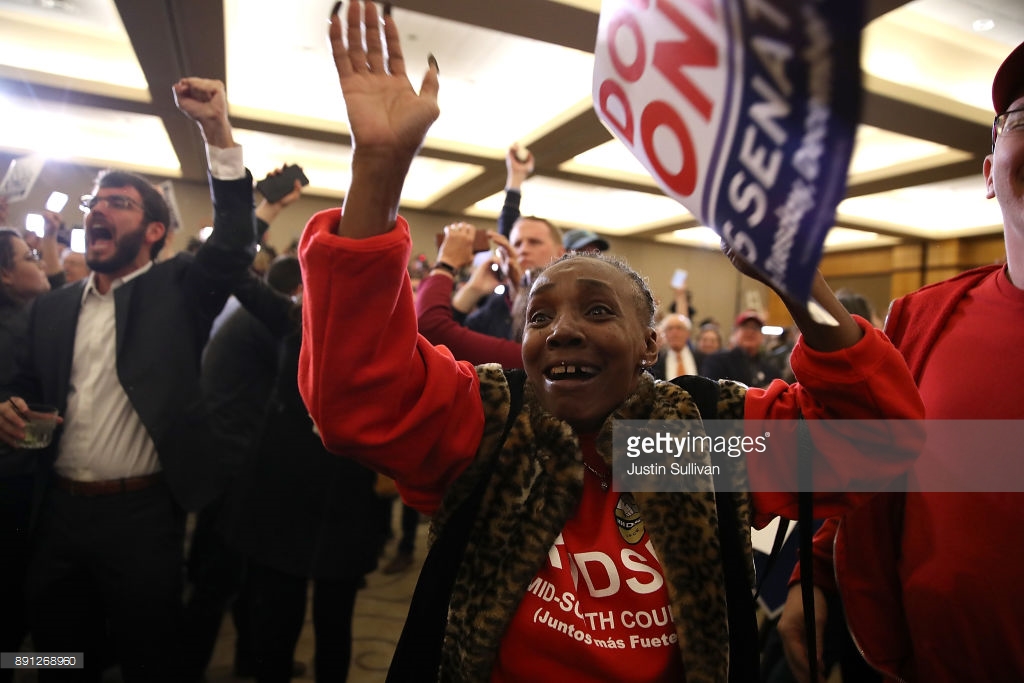 News Americas, NEW YORK, NY, Fri. Dec. 15, 2017: A lot has been said of the power of the black vote, especially of black women voters, in the historic Tuesday, December 12th victory of Democratic senator-elect, Doug Jones. But lost among the black voters helping Jones make history in a ruby red state were Jamaicans women voters, according to the Caribbean National Weekly.

Underlying the saying that “Jamaicans can be found anywhere in the world,” the black votes for Jones in Alabama included several Jamaican-Americans.

One of those voters was Delores Matthews, who relocated from New Jersey to Birmingham, Alabama some 12 years ago as a teacher, after migrating to the US from Jamaica in 1985.

An elated Matthews told CNW she “proudly voted for Jones” and would have voted for him “even if he was 20 percent down in the polls.”

She said a vote for Jones was a vote “against immorality, prejudice, injustice, and those who misuse Christianity.” Matthews said her vote was also a vote for the power of black women, as she carries the words of the late Coretta King, wife of slain Civil Rights’ leader Martin Luther King in her heart.

“Women, if the soul of the nation is to be saved, I believe you must become its soul,” Scott-King once said.

Also voting for Jones was Jamaican Mable Dixon. “This is my third time voting in a federal election since I have been living in Alabama in 2007 and this was my proudest vote,” Dixon told CNW.

In New York, Jamaican-American Congresswoman, Yvette Clarke, tweeted a simple message to the Senator-elect: “Welcome to Washington, @GDouglasJones!” under the meme of rapper Drake cheering from the sidelines.