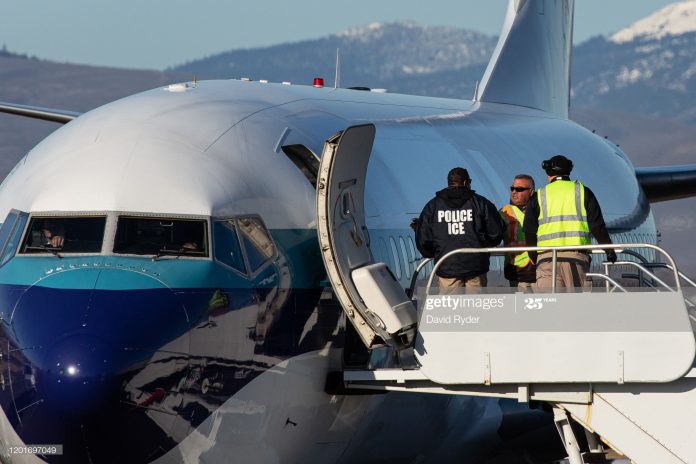 Four-hundred and eighty-eight criminal immigrants have been deported back to the Dominican Republic already this year, after having served sentences for drug trafficking, homicides, money laundering, sexual abuse and assaults.

The US Immigration and Customs Enforcement Service, (US ICE), deported another 56 Dominican ex-convicts to the country on Tuesday via ICE Air, the Dominican Today reported.

The flight also landed in Haiti and took back several Haitians.

Haitian death squad leader Emmanuel “Toto” Constant, one of Haiti’s most notorious human rights violators who led the brutal paramilitary force there in the 1990s, is set to be deported from the U.S. as well.

The U.S. administration has been accused of deporting immigrants with coronavirus back to the islands and Central and Latin America.

You May Like: The Caribbean Immigrant Victims Of COVID-19

You May Also Like: NYC Map Shows Caribbean American Zip Codes Among Hardest Hit By Coronavirus

Guyanese Immigrants In The Diaspora Hit Hard By COVID-19

The Gun Culture of America – The Baltimore Chronicle

Rep. Raul Labrador says ‘it’s not the time’ for immigration legislation – The Spokesman...

Global Netizens Worried Over US Spying