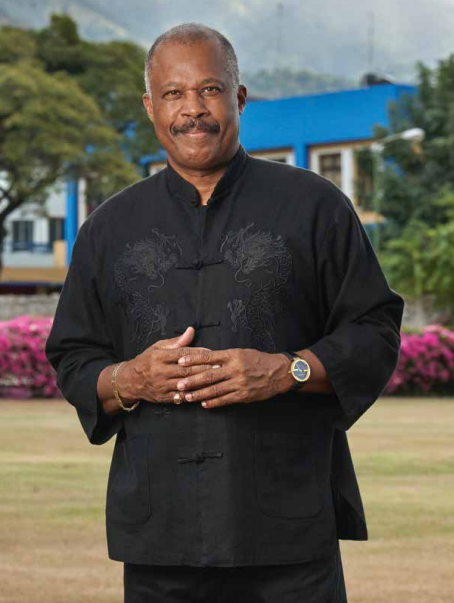 News Americas, KINGSTON, Jamaica, Fri. June 19, 2020: Celebrated Caribbean Economic Historian, Professor Sir Hilary Beckles, will share his perspective on the contributions of Caribbean people and their descendants to the development, history and culture of the United States, in a virtual forum hosted on Tuesday June 23, 2020.

It will be presented from 6 – 7 p.m. EST by the American Foundation for The University of the West Indies, (AFUWI) and UWItv in celebration of Caribbean American Heritage Month 2020 in the USA. The live event will be available for viewing on uwitv.org; or facebook.com/UWItv, and will be moderated by Caribbean-born News Americas founder, Felicia J. Persaud.

Caribbean American Heritage Month was signed into law by President George Bush in 2006 after a bill to declare June CAHM, was passed in the Congress.

In his presentation titled, “Caribbean Folks: Making the American Dream Again,” Sir Hilary Beckles will share his considerable knowledge as an academic, researcher and author who has written and spoken extensively about the significant ways in which people of Caribbean descent have shaped and  contributed to the achievements of the USA.

Sir Hilary, the Vice-Chancellor of The University of the West Indies who is also President of Universities Caribbean and Chairman of the CARICOM Reparations Commission, has had widespread Caribbean and global recognition for his academic achievements and leadership expertise. He serves on many United Nations Committees and Advisory panels. He was called upon by Secretary-General Ban Ki-Moon to serve as an inaugural member of his Science Advisory Board on Sustainable Development. He also served as an advisor to UNESCO’s Cities for Peace Global Program, and was an advisor to the UN World Culture Report. For many years he was a lead conceptualizer of UNESCO’s Slave Route Project, and currently serves as its Vice President. He is also a member of UNDP’s Advisory Panel on the Caribbean Human Development Report.

Having received his higher education in the United Kingdom where he attained a BA (Hons) degree in Economic and Social History and PhD from The University of Hull, Sir Hilary has lectured extensively in Europe, the Americas, Africa and Asia, and has published over 100 peer reviewed essays in scholarly journals, and 12 books on subjects ranging from Atlantic and Caribbean History, gender relations in the Caribbean, sport development and popular culture.

Sir Hilary serves in multiple roles in the Caribbean private sector, including as a long-standing Director of Sagicor Financial Corporation – the largest, international financial services conglomerate in the region, and of British telecom giant Cable and Wireless (Barbados Ltd). He is highly regarded for his contributions in the sporting sector as a director of the West Indies Cricket Board, Director of West Indies Cricket World Cup Inc., founder and director of the CLR James Centre for Cricket Research in Barbados and as founder and Chairman of the West Indies Cricket Board’s Cricket High Performance Centre. He is also Vice President of the Commonwealth Advisory Body of Sport and Development which advises Sport Ministers on the planning of the Commonwealth Games. Sir Hilary is Chairman of the Caribbean Examination Council.

An accomplished playwright, six of Sir Hilary’s staged works have received popular acclaim in the Caribbean. These plays bring to the stage seminal moments in Caribbean and Atlantic history and were written in consultation with the late Poet Laureate Derek Walcott and Caribbean cultural Icon, the Late Rex Nettleford.

For over 70 years The University of the West Indies (The UWI) has provided service and leadership to the Caribbean region and wider world. The UWI has evolved from a university college of London in Jamaica with 33 medical students in 1948 to an internationally respected, regional university with near 50,000 students and five campuses: Mona in Jamaica, St. Augustine in Trinidad and Tobago, Cave Hill in Barbados, Five Islands in Antigua and Barbuda and an Open Campus. As part of its robust globalization agenda, The UWI has established partnering centres with universities in North America, Latin America, Asia, and Africa including the State University of New York (SUNY)-UWI Center for Leadership and Sustainable Development; the Canada-Caribbean Studies Institute with Brock University; the Strategic Alliance for Hemispheric Development with Universidad de los Andes (UNIANDES); the UWI-China Institute of Information Technology, the University of Lagos (UNILAG)-UWI Institute of African and Diaspora Studies; the Institute for Global African Affairs with the University of Johannesburg (UJ); The UWI-University of Havana Centre for Sustainable Development with the University of Havana (UH) and the Canada-Caribbean Institute with Brock University.

As the region’s premier research academy, The UWI’s foremost objective is driving the growth and development of the regional economy. The world’s most reputable ranking agency, Times Higher Education, has ranked The UWI among the top 600 universities in the world for 2019 and 2020, and the 40 best universities in Latin America and the Caribbean for 2018 and 2019. The UWI has been the only Caribbean-based university to make the prestigious lists.  For more, visit www.uwi.edu.

A 501(c) (3) charitable organisation, the American Foundation for The University of the West Indies (AFUWI) was established in 1956 to develop an endowment fund in the United States for The University of the West Indies (UWI). Today, its mission is to source and administer private donations, maximise philanthropic efforts, and develop strategic alliances with American corporations, foundations, alumni and other organisations, primarily to provide scholarships, support academic programmes and facilitate development projects at The UWI. The Foundation has more recently intensified its focus on supporting the University’s scholarship programme because of the urgent and increasing demand for financial aid from many in the student population who are talented, ambitious and determined to break the cycle of poverty, but face severe economic hardships. In addition, the Foundation also seeks to facilitate activities which promote the well-being and strengthening of the West Indian society through community service, research programmes and public service endeavours for the preservation/creation of a robust cultural and social legacy. Visit: www.afuwi.org.

Guyana Forecast To Be Highest Per Capita World Oil Producer By...