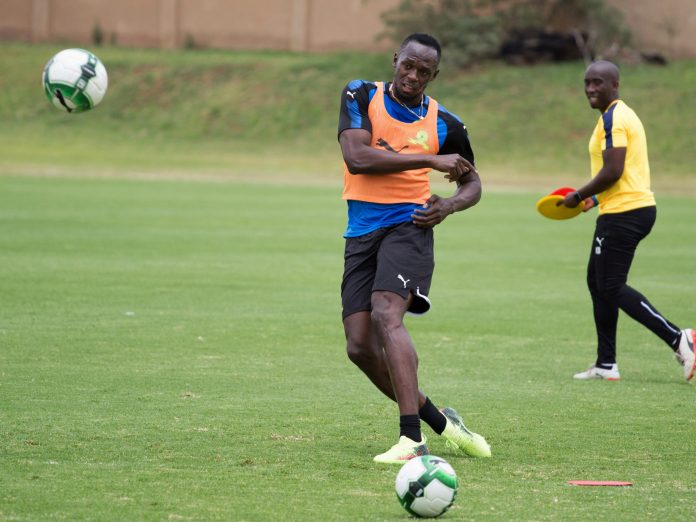 News Americas, MIAMI, FL, Fri. Feb. 2, 2018: Triple Olympic champion, Jamaican Usain Bolt, has said he is very concerned about his fitness level ahead of a make or break trial with Bundesliga club, Borussia Dortmund, in a month.

“I am very unfit, very, very unfit. I am going to try and get fit for the trials with Borussia Dortmund (in March). Training with Sundowns showed me that I am unfit for that,” Bolt stint told the Mamelodi Sundown’s official website after a recent stint with the African ABSA Premier League side.

“It was a good game. It was a fun day and they were welcoming. It’s just that the coach told me that when I go back to Jamaica I need some training,” Bolt was quoted as saying. “I don’t know how quick I am with the ball but if I kick and run, I can get there.”

The 31-year-old, began his recent training with a couple of football clubs in a bid to get ready for the trial including local football club Harbour View.

The Jamaican Soccer Players Making An Impact In England