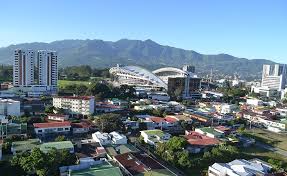 News Americas, NEW YORK, NY, Thurs. Feb. 8, 2018: Costa Rica will hold a run-off election on April 1 to elect a new president after all candidates failed to secure at least 40 percent of the votes in the first round, the country’s Supreme Electoral Tribunal (TSE) announced on Monday afternoon.

According to Costa Rican law, the two leading candidates in the first round – Conservative Christian Fabricio Alvarado who won 24.9 percent of votes, and Carlos Alvarado from the governing Citizen’s Action Party with 21.6 of the votes – will participate in the runoff.

Fabricio Alvarado, a journalist, preacher and Christian singer, recently vaulted into the top in opinion polls after he openly opposed same-sex marriage, which nearly two-thirds Costa Ricans also stand against.

Only 65.66 percent of registered voters participated in the first round of presidential election, according to the TSE.  (Source: CCTV)

6 Top Casinos In Latin America You Should Know