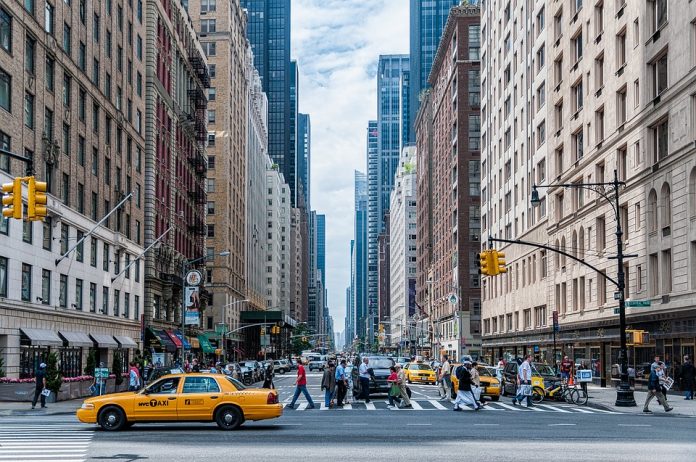 News Americas, NEW YORK, NY, Tues. Mar. 26, 2019: New York is one of the greatest cities in the world. This is not just because of its stunning architecture and history, but also due to the fact that it has contributed so much to the world. It’s fairly common knowledge that foods like the Waldorf salad and hot dogs were invented in the Big Apple in 1896 and 1867 respectively, but the City that never sleeps has also produced a number of other things that some people may find surprising. Customers playing the detailed and intricate  free spins no deposit  and  online slot games of today may be surprised to see the clunky old machines that the digital versions evolved from. Here is a rundown of five things that you never knew were invented in New York.

When you think of tuxedos the first person who springs to mind is probably James Bond, the Ian Fleming character who was created in 1953 and is unequivocally British. Therefore, when guessing where the formal attire used at high-class parties originated, many would assume it was the United Kingdom. Actually, though, the name for the smart suits can be traced back to New York. The first tailless coat which was worn as evening wear was a blue silk smoking jacket and matching trousers created by Henry Pool & Co and was specially ordered by the Prince of Wales in 1865. But it was James Brown Potter who brought the formal outfit to the USA and named it the Tuxedo. It was named after Tuxedo Park, an area of rustic mansions founded in 1886.

Most people probably haven’t put much thought into where toilet paper came from. But the everyday item is one which everyone should be grateful for, as we would be in a fairly bad situation without it. The use of toilet paper can actually be traced back to medieval China. In 589 AD the scholar-official Yan Zhitui wrote about it in one of his works. But the commodity we know of today as toilet paper began in the United States. Seth Wheeler, a New York resident, obtained the patents for toilet paper and dispensers in 1883. From that point the product had to undergo serious refinement for a number of years, and by 1930 brands such as the Northern Tissue Company were using the fact that they were “splinter free” as one of their selling points.

Customers playing the detailed and intricate online slot games of today may be surprised to see the clunky old machines that the digital versions evolved from. iGaming brands such as Betway online casino have 5-reel, multiple win-line games like Game of Thrones and Bridesmaids from Microgaming, each with advanced side games. But in the past, players had to pull a lever to spin three reels and hope to match symbols on a single payline. Charles Fey is often credited with creating the first ever slot machine, and the San Francisco inventor came up with the Liberty Bell in 1895. But there were offerings before this from which Fey drew inspiration. Four years prior to Fey’s machine, New York Company Sittman and Pitt developed a slot machine with five drums and 50 playing cards. The 1891 game required players to line up poker hands in order to win. This was something which was changed with Fey’s machine, which focused on matching fruit symbols.

Let’s face it, without roller coasters there would be no theme parks. The twisting and turning white-knuckle rides are iconic, and have become synonymous with amusement parks all over the world. Architects have strived to outdo each other in terms of who can create the longest tracks, the highest dips, and the most loops and as time goes by they get more and more extravagant. You may know that the Formula Rossa at Ferrari World Abu Dhabi is now the fastest steel roller coaster in the world, but do you know where the rides originated? The earliest roller coasters can be traced back to Saint Petersburg in the 18th century where they were enjoyed by the upper classes, but it wasn’t until they came to the US that they were used in a more thrilling way. The American inventor Lina Beecher came up with the concept of a vertical loop and realized his dream with the Flip Flap Railway in 1895. This ride was located at the Sea Lion Park in Brooklyn.

Oreo cookies are among the most loved confectionaries in the world, and there is much debate surrounding the best way to eat the double chocolate wafers with cream filling. Some say you should pull them apart and dip them, others eat them whole. The product began as the Oreo Biscuit in 1912 when it was originally produced by the National Biscuit Company – today known as Nabisco. These delightful treats were made at the company’s factory in Chelsea, Manhattan, and were brought out as an imitation of the Sunshine Company’s Hydrox cookie released in 1908. The Oreo eventually became more popular than its rival, resulting in the discontinuation of the Hydrox in 1999.

These world-changing inventions aren’t the only things that begun in New York. The American city is also where credit cards and ATMs started, along with teddy bears. The Big Apple really deserves more credit for giving the world so many useful and wonderful things.