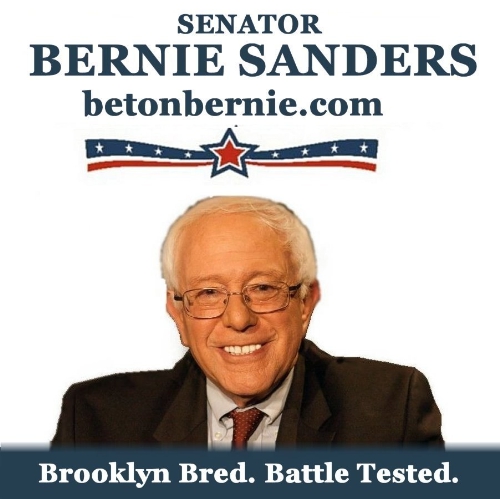 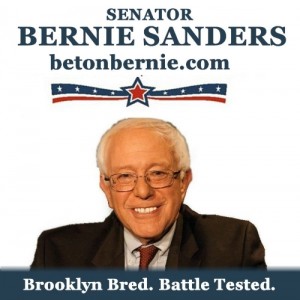 NEW YORK, April 30, 2015 /PRNewswire/ — Vermont Senator Bernie Sanders steps up to the plate as the contender against former Secretary of State Hillary Clinton today with his formal announcement to run for president.

In spite of Sen. Bernie Sanders doubts’ of Clinton’s political slant on major issues, the tone is obvious that he anticipates a fair fight for the Democratic position and advancing to the General Election based on his stellar approach on topics that average Americans can relate to.

Bet on Bernie Sanders 2016 (formerly known as Ready for Bernie Sanders 2016 PAC) unleashed the red carpet to Sen. Sanders presidential bid with a public display on a ‘Bet on Bernie’ themed billboard in New York, Time Square last week, as reported by New York Daily News in hopes to build up awareness for the New England senator and exploit his roots as a native of Brooklyn, New York.

Supporters from all over the country have pledged their support on social media from the normal civilians to well known celebrities, as Bill Maher, who posted an image and link to an article in regards to the upcoming announcement of Sanders’ presidential bid today.

Bet on Bernie Sanders 2016 chief director Cary Lee Peterson says “We have been here since the beginning and saw this day coming. He’s hands down the people’s choice.”

The independently organized Sanders’ 2016 hybrid PAC encourages people to visit betonbernie.com to get familiar with Sen. Bernie Sanders character, policy, and history as an American political figure. Peterson states that “the website is active for awareness and he hopes to raise awareness for Sanders across the country.”