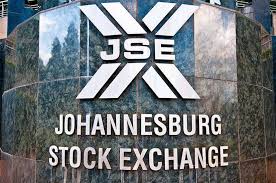 As head of the Commonwealth from 1975 until 1990, Ramphal was a force in applying international pressure against the racist regimes in Rhodesia (present-day Zimbabwe) and South Africa.  He regularly invited South African dissidents to Commonwealth summits and notably gained late British Prime Minister Margaret Thatcher’s acceptance of an Eminent Persons Group which assisted in establishing the negotiating framework between South Africa’s minority government and the banned African National Congress. The delegation’s 1986 visits were the first by an international group to imprisoned Nelson Mandela, Winnie’s then husband.   The Commonwealth’s posture of intensified economic and financial sanctions against South Africa hastened the death of legal racial segregation in that country.

In his tribute Sir Shridath remembered: “When my official home, as Commonwealth Secretary General, in London was the first Winnie visited with Nelson on his release — to meet his anti-apartheid friends — it was a statement from her of love and gratitude to us all — as she wrote in our visitors’ book.”

Jamaica’s Prime Minister, Andrew Holness, said Madikizela-Mandela, 81, “was a symbol of the black struggle against oppression and injustice.”

“We here in Jamaica supported her in that struggle as she maintained the legacy of her then husband Nelson Mandela while he was locked away for 27 years,” said the prime minister in a release from the Office of the Prime Minister Monday afternoon. “We were cognizant of the evolution of the struggle that culminated in the release of Nelson Mandela and majority black rule. We still strongly remember their visit to Jamaica in 1991 as I know do many Jamaicans today.”

A day before Mrs. Mandela’s funeral, Africa’s first unicorn, a technology company valued at over US$1 billion, was slated to list on the Johannesburg Stock Exchange (JSE).  The exchange had approved the initial public offering (IPO) of Sagarmatha Technologies Limited, and investment commitments were made from a broad base of South Africans.   Among those who made commitments to the IPO were the Black Business Council, charitable trusts, educational institutions, women’s groups, and some of the country’s largest unions. Three million workers in South Africa were estimated to have become owners of this groundbreaking entity.

The listing was subjected to an unprecedented torrent of opposition from South Africa’s business establishment, competitor media, and even a white nationalist group. The JSE claimed a technicality, which the company vehemently disputes, in scuttling the listing.

On March 28th, Sagarmatha Technologies was given approval by the JSE to list. The JSE withdrew the listing approval on April 10th.  The reason cited was non-compliance with Section 33 of the Company’s Act, which requires the submission of financial statements to the Companies and Intellectual Property Commission (CIPC).  The next day, the company received written confirmation from CIPC indicating that Sagarmatha Technologies was, indeed, compliant and had provided the required financial statements.

In responding to the controversial action by the JSE, South Africa’s Forum of Journalists for Transformation issued a statement that “listing of the company would have created the biggest media house in Africa, which would have opened the doors for many marginalized players in the industry to be part of a game changing platform that would have undoubtedly put its competitors out of business.”

When contacted by News Americas, the company stated that it is reviewing its business and legal options.

According to the journalists’ forum: The fact that white journalists in SA cannot comprehend that a black-owned media company could be the largest in SA, and perhaps even be of greater value than most companies already listed on the JSE smacks of white privilege and arrogance that has come to dominate most of our media narratives in the country.

The struggle for transformation in South Africa did not die with Winnie Mandela.