The all-Caribbean inauguration celebration of the historic election of Harris, the brainchild of global investment agency Invest Caribbean’s CEO and the Caribbean American Action Network, (CAAN), founder Felicia J. Persaud, is set for Jan. 17, 2021 from 7 p.m. EST on One Caribbean Television’s Facebook facebook.com/onecaribbeantelevision/, Twitter @onecaribbeantv, and YouTube under the theme: “Celebrating #CaribbeanAmericanKamala.”

PM Holness called the Vice-President’s elect’s ascension to the office a “monumental accomplishment” and recognized her in remarks released from ICN to News Americas News Network exclusively, as “a daughter of the region.” He added that he looks forward to the deepening of “bilateral relations with the Caribbean and the United States.”

The Jamaican prime minister joins top speakers from the Caribbean and the US Diaspora including Vice Chancellor of the University of the West Indies, Sir Hilary Beckles; Chair of the CARICOM Consular Corps of New York, Counsel General of Barbados to NY, O. St. E. Mackie Holder; as well as several US-Caribbean Diaspora leaders.

They include Guyanese-born Dr. Michelle Chester the corporate director Employee Health Services at Northwell Health, who administered the first COVID-19 vaccine in the US and Jamaican-born nurse, Sandra Lindsay, who became one of the most famous nurses in the United States after receiving the COVID-19 shot in the US; the ICN and CAAN Founder; President of ICN and CAAN co-founder, Dr. Sheila Newton Moses; Caribbean Immigrant Services founder, Irwine Clare, Sr., O.D.; Global Village Book Publishing LLC’s Aubry Padmore; Coalition for the Preservation of Reggae Music’s Carlyle McKetty and Esther Austin of Esther Austin Global.

It will be hosted by the first Black Bond girl, Trina Parks, whose roots extend to Barbados, through her mother, and to Antigua through her grandparents.

The star-studded Caribbean event, the brainchild of ICN CEO and CAAN’s founder Felicia J. Persaud, will be live streamed by One Caribbean Television on its Facebook at facebook.com/onecaribbeantelevision/ YouTube – and Twitter – @onecaribbeantv.

As of press time, Harris’ senate office and members of the transition team has not yet confirmed her participation to bring greetings to the Caribbean and Caribbean American voters, who helped elect the ticket, event organizers told NAAN. 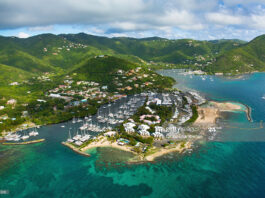 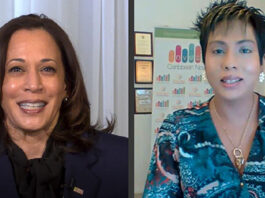 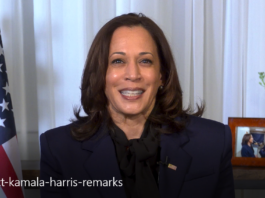