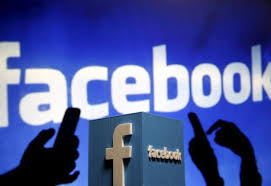 The investigation was prompted by reports that the consultancy hired by Donald Trump improperly had access to the personal information of 50 million Facebook users in the United States during the 2016 presidential election.

Brazilian federal prosecutors said in a statement they want to find out if Cambridge Analytica, in partnership with a local consultancy, did the same thing in Brazil months before the country’s October elections.

NOURISH YOUR HEALTH THE BRAZILIAN WAY

The partnership between both consulting firms began in 2017. But local consultancy A Ponte Estrategia Planejamento e Pesquisa, also known as CA Ponte, said in a statement that it had ended its relationship with Cambridge Analytica earlier this month.

A hearing about the investigation’s result will be held next week.

According to Statista, a Hamburg-based data and statistical company, Brazil had the world’s third largest number of Facebook users as of January 2018. With 130 million Facebook users, Brazil comes behind India with 250 million and the United States with 230 million. (SOURCE: CCTV)