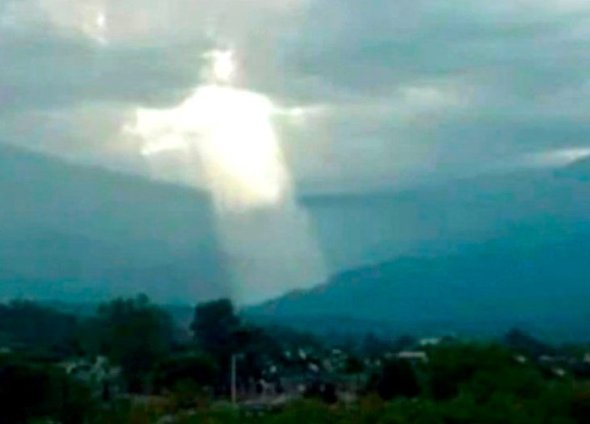 A viral photo of a Christ-like figure with a crown that was captured in Argentina earlier this week has taken the Internet by storm.

A court in Colombia has ruled that former leader of the Farc rebel group, Jesús Santrich, should not be extradited to the US .

The constitutional court of Guatemala has barred Zury Ríos, the daughter of ex-military ruler Efraín Ríos Montt, from running for President.

Residents in mexico city are being urged to stay indoors after air pollution reached levels potentially dangerous to human health.

The US AG is in El Salvador to talk about the Department of Justice’s strategy regarding illegal narcotics.

The U.S. and Ecuador have signed new agreement after the Assange expulsion.

Over 62,000 families are in need of assistance due to floods that has affected a large part of Paraguay.

Panama authorities are struggling to contend with a spike in migrants passing through what is known as the Darien Gap.

Costa Rica has lost its Category 1 rating from the FAA, after the body said it does not comply with international safety standards.

Guatemalan official says a 2½-year-old migrant child has died after crossing the Us border, the fourth minor to die.

Department of State has broken ground on a new U.S. Consulate in Nogales, Mexico.

And Mexico defeated the United States 2-1 in extra time in the 2019 Concacaf U-17 Championship final on Thursday to win the finals.

Guess Which Caribbean Artiste Is On President Obama’s Play List?