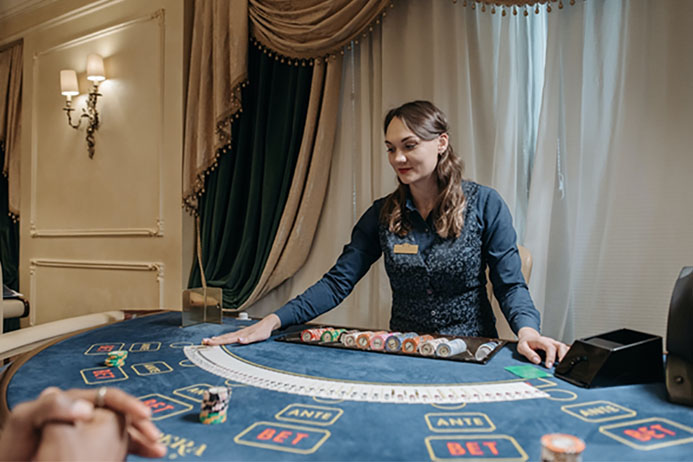 News Americas, NEW YORK, NY, Tues. April 26, 2022: Latin America and the Caribbean has long been viewed as a massive growth opportunity for the online gambling industry.

Analysts have forecast that remote iGaming revenue could reach $3.6 billion in 2023 and increase of around $1.4bn from four years ago.

Playing baccarat online and other casino games has become hugely popular in the region, and the potential for attracting even more players is huge.

Countries that have regulated the industry have seen sustainable growth in recent years, forcing others into rethinking their position on gambling.

The regulatory picture varies across the region, with some countries currently prohibiting all forms of gambling. In other countries it is not officially regulated, but it is not actively prohibited either.

With that in mind, we take a closer look at gambling in some of the key countries in the region and assess where things are heading over the next few years.

Brazil is widely viewed as the country which will help to unlock the growth potential of online gambling in Latin America.

While the result of the vote was close, the positive outcome brought to an end more than 30 years of debate about the issue.

A regulatory entity will be created that will answer to the Ministry of Economy and will be in charge of authorising and licensing gambling activities.

Casino licences will be granted through a process in which the largest investments will have priority over their competitors.

The same gambling operator will be prohibited from obtaining more than one licence per federal entity and more than five licences in Brazil.

Argentina is another Latin American country that has huge potential for growth within the online gambling industry.

Gambling is regulated on a province-by-province basis, with operators restricted to offering their services to residents living in that province.

The country’s online iGaming sector already generates significant revenues, although high taxation has been an in issue for operators thus far.

The government increased federal tax on online gambling from 2% to 5%, while provincial and city taxes are also prohibitive.

Despite this, several major international gambling brands have forged partnerships with domestic companies to operate in the country.

Colombia was the first Latin American to regulate online gambling in 2016, and the market has grown steadily since the first licences were issues the following year.

From an operational perspective, there are still some restrictions relating to betting on horse racing, but everything else is up and running.

In the first quarter of 2022, Colombia’s gambling industry generated record revenues of $44.1 million, a 17% increase compared to the previous year.

Online gambling was responsible for $12.9m of the total revenue, highlighting its growing prevalence within the country.

Taxation on gambling operators helps to support the reactivation and economic sustainability of Colombia, a factor that other regions are also keen to take advantage of.

Gambling tax is set at 15% of GGR, while online operators are also required to pay an annual fee of 811 times the monthly minimum wage in Colombia.

Chile’s government published its first online gambling bill in March this year, opening the door for the introduction of regulated iGaming in the country.

The bill states that all betting organisations in Chile must hold a general licence which will be valid for a period of five years.

However, operators wishing to offer any online gaming must apply for a special online betting licence that is non-renewable.

Chile’s casino regulator Superintendencia de Casinos de Juego has been named as the regulator of the online gaming market.

There are already around 900 online gaming sites operating in Chile, generating revenues of around £150m per annum.

However, the introduction of a new regulatory framework is likely to attract more players and casino brands into the sector.

Online gambling has been legal in a limited form in Mexico since 2004, although the structure of how things are managed is a little sketchy.

The Ministry of the Interior has granted remote gambling licenses to international brands that have partnered with local operators.

Despite the logistical hurdles the online gambling market is growing in Mexico, although there is still plenty of potential for further expansion.

Players from Mexico are free to play on overseas online gambling websites, which are licensed and accept registrations from the country.

Some politicians are keen to see more formal legislation introduced that would allow Mexico to benefit from the money they spend rather than other countries.

However, the Mexican government remains largely against gambling and there is still plenty of work to be done to change that mindset.

The land-based casino industry developed alongside tourism in the Dominican Republic during the second half of the 1900s.

While most forms of gambling are regulated in the Dominican Republic, it is not cheap for operators to obtain licences there.

The total cost including administrative fees is approximately $250,000, which is a massive initial investment for anyone thinking of launching a site there.

They are also required to pay an additional RD$2 for each RD$100 processed for providing technological equipment to the directorate.

With a further 25% of players’ winnings directed to the national treasury, the Dominican Republic is not the most attractive region for online gambling operators.