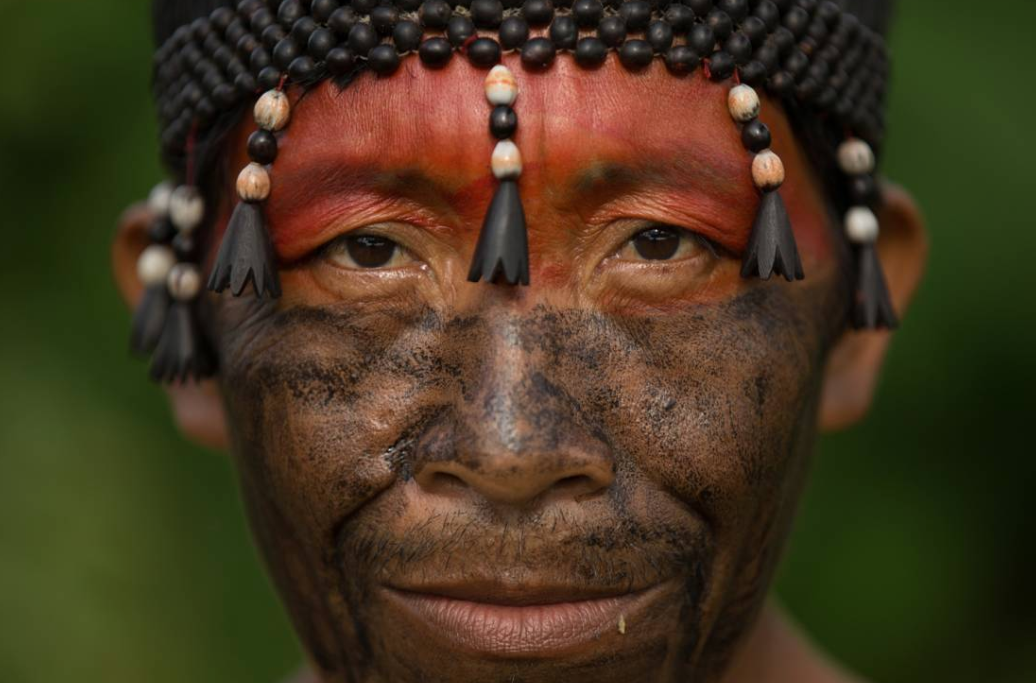 BRASILIA, Brazil, Weds. July 1, 2020 (Thomson Reuters Foundation) – Dozens of indigenous people in the Brazilian Amazon’s Javari Valley – an area the size of Switzerland and Denmark combined – have contracted COVID-19, with experts and officials warning the disease poses a huge threat to their lives and culture.

The valley in the west of Brazil’s Amazonas state is part of a region bordering Peru and Colombia that is home to the world’s largest number of isolated indigenous people and others who had contact with outside society for the first time only recently.

Indigenous land in the valley has an estimated population of 6,000 already contacted people living in remote areas, with at least 16 other isolated groups that remain uncontacted.

According to the latest information, about 110 indigenous people have already been infected with the novel coronavirus in the Javari Valley.

Most of them are from the contacted Kanamari tribe, which has about 1,400 members. If the coronavirus continues to travel upriver and infects isolated indigenous communities, the result could be their extermination, warned a local lawyer.

Should COVID-19 reach areas where people have little immunity to modern diseases, “then you can expect the worst”, said Eliésio Marubo, an attorney for the Union of Indigenous Peoples of the Javari Valley (UNIVAJA).

Indigenous peoples in isolation are at great risk from infectious diseases because they do not have the immunological defences the general population has developed over the years, the country’s indigenous and health authorities have said.Indigenous Kanamari women carry manioc from their plots near the village of Massape, where about 200 Kanamari live near the Itacoai River in the indigenous territory of the Javari Valley in the Brazilian Amazon. Credit: Bruno Kelly/Amazonia Real

Respiratory diseases are already one of the leading causes of death among Brazil’s native peoples, according to the Ministry of Health.

COVID-19, a viral infection for which there is so far only limited treatment and no vaccine, attacks the lungs and other parts of the body.

“If it reaches isolated communities, a disease like this will wipe out everyone,” warned Marubo.

Brazil has now registered more than 57,000 deaths from COVID-19, giving it the second highest death toll in the world.

More than 11,000 of those deaths have occurred in the Amazon, despite the region having only 8% of the country’s population, according to official data.

Right-wing President Jair Bolsonaro has been widely criticised for his handling of the coronavirus crisis.

The country still has no permanent health minister after losing two since April, following clashes with the president.

Bolsonaro has shunned social distancing and promoted two anti-malarial drugs as remedies, chloroquine and hydroxychloroquine, despite little evidence they work.

Research released this month by the Coordination of Indigenous Organizations of the Brazilian Amazon (COIAB) and the Amazon Environmental Research Institute (IPAM) showed the coronavirus mortality rate among indigenous people is 150% higher than the Brazilian average.

The rate of infection per 100,000 inhabitants among indigenous people is 84% ​​higher than the average for Brazil, the study showed.An indigenous Kanamari man passes a shelter near the village of Massape, where about 200 Kanamari live near the Itacoai River in the indigenous territory of the Javari Valley, Amazonas, Brazil. Credit: Bruno Kelly/Amazonia Real

In March, local, state and federal government agencies in Atalaia do Norte, Amazonas, created a committee to deal with the Amazon’s COVID-19 threat.

The committee is responsible for devising strategies to cope with the novel coronavirus, such as specialised training for health professionals working in Javari.

The Federal Public Ministry of Amazonas, meanwhile, made a series of recommendations to the authorities at different levels in early June.

Aline Morais, a federal prosecutor in Amazonas state, said that if the authorities failed to implement the recommendations, the public ministry may file a lawsuit against them.

“For us, this preventive action is important. The concern with isolated people exists. We need to act to prevent the coronavirus from reaching them,” she told the Thomson Reuters Foundation.

Brazil’s Ministry of Health and other government bodies have recently moved to strengthen healthcare in the remote region in the face of the pandemic.

In partnership with the Javari Valley’s main city of Atalaia do Norte, the ministry in June inaugurated three care beds for indigenous people and a separate admitting area for them at the local hospital.

The ministry has also promised to add 25 new hospital beds reserved for indigenous people in several other nearby cities.

The Ministry of Health said it had followed the recommendations of the Federal Public Ministry of Amazonas.

Thousands of items of protective equipment were sent to local health professionals earlier this month, in addition to 1,320 rapid tests and medication.

In addition, more than 20 health professionals have been sent to join a taskforce in the region, and 16 ventilators delivered.

The equipment is destined for the Atalaia do Norte Hospital and the Special Indigenous Sanitary District (DSEI) of Javari Valley to serve local villages, a ministry spokeswoman said.

Four health professionals from the valley who tested positive for COVID-19 were quarantined at a village health centre and later moved to Atalaia do Norte, said the Ministry of Health.

There is concern among indigenous leaders and the Federal Public Ministry of Amazonas that these professionals may have brought the new coronavirus to the indigenous people.

According to the national health ministry, all medical professionals entering the Javari Valley – including the four who tested positive – have undergone a medical assessment, a 14-day quarantine and COVID-19 rapid tests before being allowed in.An indigenous Kanamari man carries bananas from a farm plot near the village of Massape, where about 200 Kanamari live near the Itacoai River in the indigenous territory of the Javari Valley, Amazonas, Brazil. Credit: Bruno Kelly/Amazonia Real

Amazonas state, Brazil’s largest, is the size of France, Spain and Germany combined. It is a region of dense forest carved up by dozens of rivers, with huge logistical challenges. About 62,000 food baskets are currently being distributed across the state of Amazonas to help indigenous people access food without leaving their villages, Funai said.

Kanamari said indigenous people needed to launch a fundraising campaign to boost food security in the face of the virus, as many suffered from chronic malnutrition.