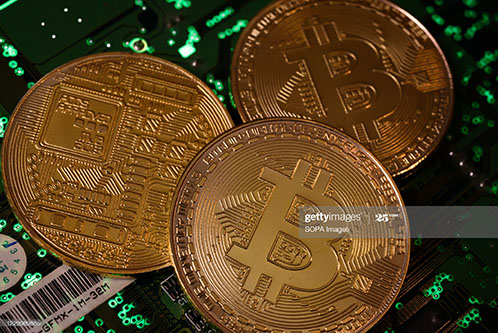 News Americas, NEW YORK, NY, Mon. July 11, 2022: Of all the countries and regions in the world that have embraced cryptocurrencies, there are few that have done so quite as enthusiastically as Latin America has.

In fact, according to one recent survey of 35,000 people around the world conducted by Mastercard, a staggering 51% of the respondents from the Latin America region indicated that they had completed at least one cryptocurrency-related transaction or activity in the last 12 months. The survey also reported that more than a third of the respondents located in the Latin American and Caribbean regions had used a stablecoin to make an everyday purchase or transaction.

These figures are worth paying attention to as they provide us with an opportunity to focus less on the everyday comings and goings of the OKX cryptocurrency prices, and to instead look at how cryptocurrencies are impacting the world around us.

This is particularly important for a technology that is as revolutionary as crypto, which was founded on a radical vision to shift the balance of power in the financial services world by making currencies and payments more decentralized.

The data from this Mastercard survey reflects this. According to the results, the majority of Latino and Caribbean individuals surveyed are optimistic about the future of cryptocurrencies and hope to see cryptos used more extensively in their daily lives.

Putting these survey results aside for a moment, however, why is Latin America proving so receptive to cryptocurrencies? And why have they become so popular across the region?

Financial instability, inflation and the drive towards cryptocurrency adoption

Perhaps one of the most immediately obvious factors that has driven the adoption of cryptocurrencies relates to the broader economic conditions present within the region.

Although this obviously varies quite significantly across the Latin American continent, in the countries where support for cryptos has proved particularly strong, there is also a strong correlation with financial instability and rising inflation.

For example, in Argentina with the Argentine peso plunging in value due to spiraling inflation, over 73% of those surveyed in a report looked to cryptocurrencies as a way of protecting their savings. In this circumstance, cryptocurrencies such as Bitcoin were viewed as the best store of value with the national currency rapidly losing value.

Similarly in Venezuela, in response to heavy sanctions by the US Government, which essentially locked many Venezuelans out of the international financial system, cryptocurrencies were used as a way of circumventing these restrictions.

In these circumstances, cryptocurrencies and crypto-based payment systems were used by Venezuelans to not only protect their savings from rapidly devaluing, but also to send and receive currency. Cryptocurrencies thus became a vital tool as international sanctions caused the Venezuelan bolivar to devalue to such an extent that millions across the country were unable to access food, medicine or other vital necessities.

This experience led to a ‘cryptocurrency revolution’ in Venezuela as millions across the country struggled to combat the worst effects of hyperinflation — particularly during the ongoing pandemic.

Although it is hard to talk about a region as big and diverse as Latin America in monolithic terms, one common issue across the continent is that it suffers from limited access to financial services in comparison to other parts of the world.

In these circumstances, cryptocurrency and digital technologies could help to bridge this gap.

This would be particularly useful not only for accessing financial services and making transactions within particular Latin American countries, but also for receiving remittance payments from the Latin American diaspora.

In this regard, we get a sense of how cryptocurrencies and their related technologies can not only increase financial inclusion within Latin America but can also help to facilitate transfers of wealth from more developed parts of the world.

This itself helps to explain why so many individuals living in the Latin American region, as well as the diaspora more broadly, have looked to cryptocurrencies and the digital infrastructure supporting them with such enthusiasm and hope.

Cryptocurrencies in Latin America: What does the future hold?

Experiences such as those set out in Argentina and Venezuela have helped to accelerate the adoption of and broader support for cryptocurrencies across the continent of Latin America. As the world looks set to be plunged into a global recession, this revolutionary technology could become more vital than ever.

Hundreds of motorists gather at Traffic Court to clear tickets...