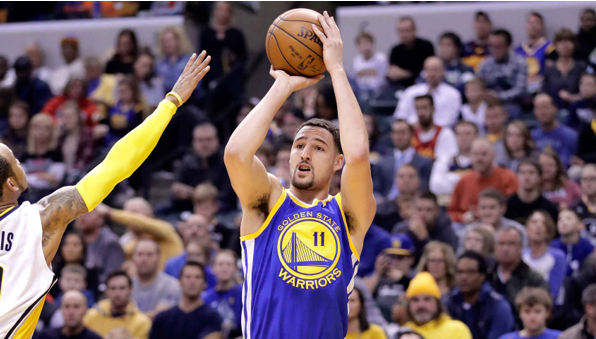 News Americas, NEW YORK, NY, Tues. Jan. 25,2022: The last game of the Golden State Warriors put the team back in favor, winning at home after beating the Houston Rockets 105-103 at the Chase Center in Los Angeles. The highlight was for Stephen Curry, who, in addition to making the basket that decided the match, was the highlight of the game and even left the court with a double: 22 points and 12 assists. This could be the perfect time for basketball fans to place bets and learn more about from the expert tipsters at OLBG.com.

The Warriors looked bummed after losing to the Pacers after a winning streak. In a game marked by balance and decided only in extra time, the Indiana Pacers beat the Golden State Warriors by 121 to 117. On the side of the Indianapolis franchise, the strong collective play stands out, with seven players scoring more than 10 points in the confrontation. Chris Duarte was the highlight of the team with 27 points.

Despite the defeat of the Warriors, highlight once again for a brilliant performance by Stephen Curry. The MVP of the 2015 and 2016 seasons took responsibility and scored 39 points in the game. There were six three-pointer shots. It was a great game, but it wasn’t enough to avoid the home team’s defeat.

With the Splash Brothers, the Golden State Warriors are different. Stephen Cury and Klay Thompson scored 39 points in the California franchise’s victory. The duo led the California franchise to a 102-86 win over the Detroit Pistons at the Chase Center. Klay Thompson was the highlight of the match with 21 points. Stephen Curry was also at a high level and scored 18 points in the game and eight assists.

The home team’s cooperative play was also instrumental in another victory in the NBA regular season. In addition to the Splash Brothers, Andrew Wiggins (19 points) and Jonathan Kuminga (double-double: 12 and 10 rebounds) were instrumental in the Warriors’ victory.

The Golden State Warriors needed just a little time to resolve the stoppage against the Chicago Bulls. With a consistent first quarter and a devastating second period, Stephen Curry’s team took the win by going into the break, winning an incredible 78-47. In the second half, it was up to the San Francisco franchise to just manage the result until confirming the victory by 138 to 96 in the heart of the United Center. The triumph interrupted Golden State’s run of two adverse outcomes.

Klay Thompson’s Return Has Been Decisive for the Warriors

On Klay Thompson’s return to the court, the Golden State Warriors beat the Cleveland Cavaliers on Sunday night, 96-82, and now has 30 victories in the NBA regular season. As a result, the California franchise takes the lead in the Western Conference. The Cavaliers are in the sixth position from the East.

In addition to the return of Klay Thompson, who scored 17 points, the Splash Brothers, Stephen Curry, stood out in the match with 28 points. Kevon Looney was exceptionally well in the lane, pulling in an incredible 18 rebounds.

With the regular NBA season drawing a close, speculation around who will win the 2021/2022 MVP title is starting to gather steam.

Five players have had greater individual prominence in their respective teams. According to the regular to the American website Caesar Sportsbook they are the favorites for the best player in the league.

The current holder of the award, the Serbian Nikola Jocic of the Denver Nuggets, appears in fourth place in the race. The lead is with Stephen Curry, who has been doing another excellent championship for the Golden State Warriors.

NBA sensation, the second overall pick of the 2019 Draft, Ja Morant is in fifth place after performances shocking the basketball world by the Memphis Grizzlies.

Last season’s champion with the Milwaukee Bucks, Greek Giannis is looking for the third trophy, appearing in second place among the possible winners. It is worth remembering that he was elected the MVP of last year’s finals against the Phoenix Suns.

The Jamaican Soccer Players Making An Impact In England