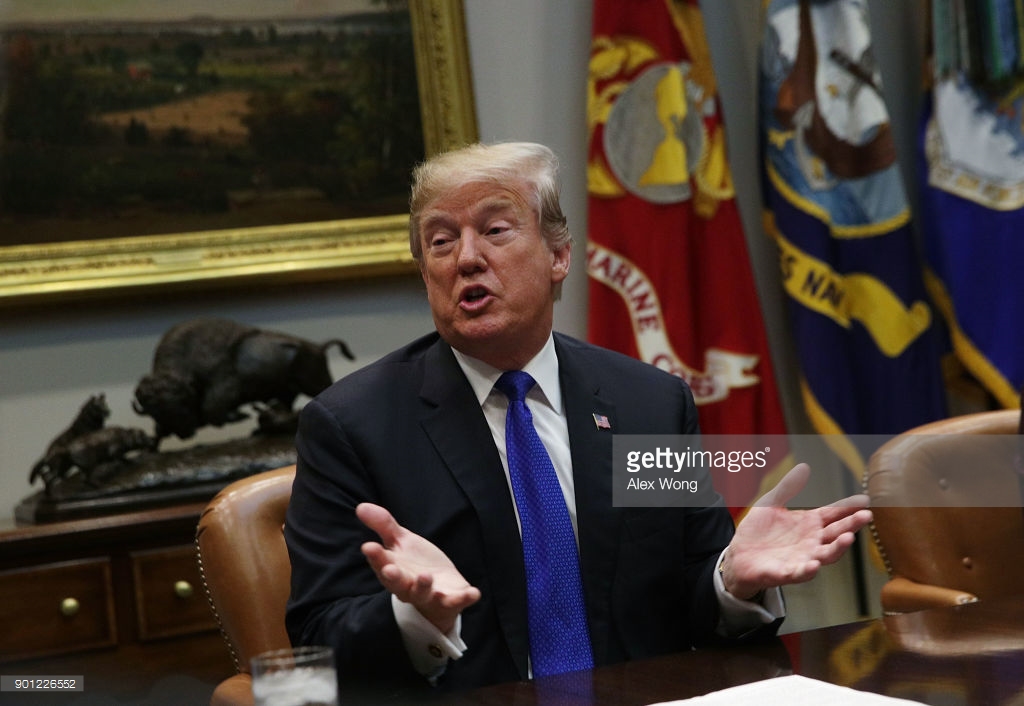 I’m going to start the New Year by asking you a simple question in the words of famous Caribbean comedian Majah Hye: “Are You Dumb?”

In the past year, I like many Americans and people around the global, have had to listen or read your rantings and decisions, either on television or on Twitter, and the only conclusion I have reached is, that like the 30 percent of your followers, you are either completely stupid or at best, semi-literate.

There have been so many moments that I have lost track; but more and more it’s becoming obvious that your brain must be like Swiss cheese. The only portions that work are just out to spread racism, xenophobia and chaos or to think of ways to get richer.

It is the only way to explain the recent anti-immigrant, racist comments attributed to you on Haitians and Nigerians. How ill-bred and uninformed are you that you allegedly would say “all Haitians have AIDS” or think for a minute that Nigerians live in huts?

First of all, in case you did not know, anyone applying for a non-immigrant or visitor’s visa to enter the US must prove that they have assets in their home country and a job in order to establish that they have ties to their country. You also have to have the means to pay for the visa and complete a back ground check via a fingerprint scan.

In the case of Haiti, only about 150,000 adults in Haiti are estimated to be living with HIV/AIDS, according to data from UNAIDS. That’s just over 2 percent of Haiti’s population of more than 10.8 million people so to say “all Haitians have AIDS” is dumb, dumb, dumb!

Secondly, while Nigeria does have a housing crisis, people there are not living in huts as in some racist Disney Tarzan depiction of Africa. Further, Nigerians make up a tiny portion of the U.S. population but a whopping 17 percent of all Nigerians in this country hold master’s degrees while 4 percent had a doctorate degree, according to the American Community Survey conducted by the U.S. Census Bureau. In addition, some 30 percent have bachelor’s degrees.

To put those numbers in perspective, only about 2 percent of all Americans have a doctoral degree, 9.3 percent of adults over 25 have a master’s degree while just 21 percent have attained a bachelor’s degree.

So dear Donald, let me give you some advice as you begin this year – stay off of Twitter and give your little fingers a break; expand your socialization and try to make some real Muslim, immigrant and black friends so you can truly move beyond the racist, ignorant stereotypical bubble you live in; put your brain in gear before you put your mouth in action and chill the baxide out on this “Wall.”

This is not Berlin pre-1989! No one needs physical walls to keep out anyone, and if that is your idea of an infrastructure plan to put your pathetic base back to work, forget it!

Do yourself and all of us a favor in 2018 man. Take up reading as a hobby and quit the tweeting. Read everything! Trust me, it will really expand your mind, mend your Swiss Cheese brain and cure you of the ignorance and hate that you hold towards blacks, Muslims and immigrants.

So here’s to a Happy New Year from this Caribbean immigrant.