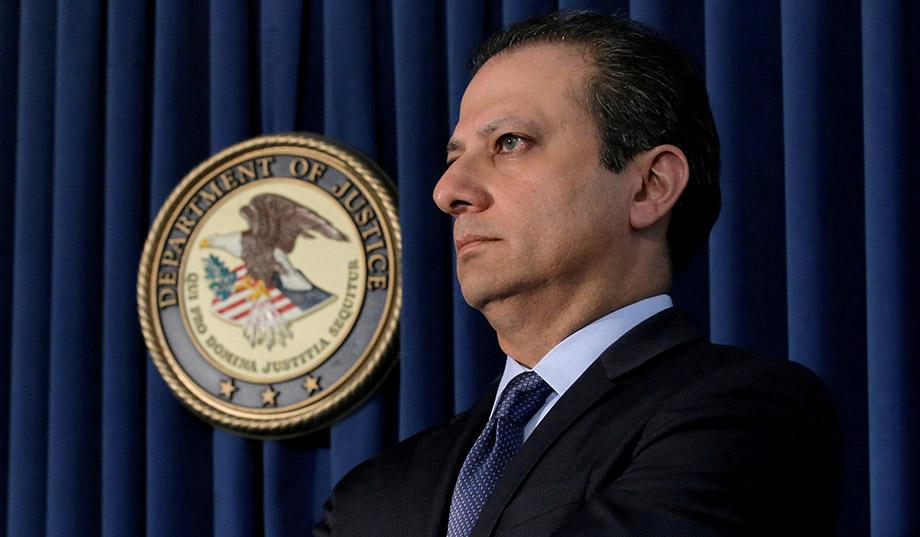 News Americas, NEW YORK, NY, Fri. Mar. 17, 2017: By now, almost everyone has heard or read about the firing of the very highly visible U.S. Attorney for the Southern District of New York, Preet Bharara.

I never knew or met Mr. Bharara. What I did know was that he seemed like a no nonsense prosecutor who was unafraid and intent on making every law breaker accountable, including crooked politicians, drug dealers, The Mafia and those ultra-rich individuals, who love to act like they are above the law.

Bharara set them straight and I admired him for it – alot! For this he won my admiration and obviously the approval and respect of many millions of people nationally.

Here was an Indian immigrant – a dark-skinned Indian immigrant, born in 1968 in Firozpur, Punjab, India, to a Sikh father and Hindu mother – who was living the American dream.

From work at a private law firm after graduation to chief counsel to Senator Chuck Schumer and on to an assistant United States Attorney in Manhattan before becoming U.S. Attorney for the Southern District of New York, thanks to President Barack Obama and a U.S. senate confirmation in 2009, Bharara had achieved the immigrant American Dream.

And there was no doubt he was relishing in it; basking in it and enjoying his job until the House of Cards came crashing down on March 10, 2017 as The Donald, through his minions, told the dark-skinned Indian born, American trained lawyer, turned helluva immigrant prosecutor, two words: “You’re Fired.”

All because Bharara made one critical error – he forgot who he is! He forgot in all the glory of the many cases he’s won and the great work he was doing, that America, despite him being a naturalized U.S. citizen, is not really his country.

At the height of glory as Attorney for the Southern District of New York, Preet Bharara forgot his place as a simple dark-skinned Indian immigrant and he dared to rock the White establishment.

And so Preet Bharara was fired because he made one critical mistake – He “flew past his nest” as my granny would say and forgot that he is and always will be, only an immigrant in Trump’s America!

The Court Is On The Side Of Immigrants And The Census Count; Now The Power Is In Their Hands

There should be a balance among all three formats of the game, says Viv...