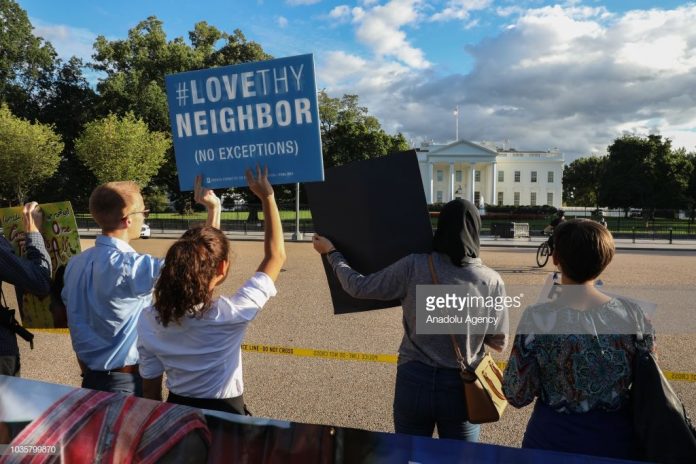 News Americas, MIAMI, FL, Fri. Sept. 21, 2018: In the now ever-changing world of immigration rules in Trump’s America, there is always something to look out for and there’s a lot you can easily and quickly miss.

To ensure you are up to speed, here are some of the latest immigration changes and moves being made by the Trump administration on U.S. immigration laws you should be aware of:

A new policy by the U.S. Citizenship and Immigration Services took effect on September 11, 2018, the 17th anniversary of 9/11, that will now impact legal immigrants with pending or upcoming applications.

The updated guidance will affect almost all immigration applications, petitions and requests, including U.S. citizenship, permanent residence and visa extensions, according to a USCIS announcement.

Immigration officials will now have broader authority to issue case denials over mistakes and missing documents without giving applicants an opportunity to fix them and provide additional documentation. Under the new guidelines, adjudicators have the full discretion to deny the applications without issuing any notices or requesting additional or missing information.

Immigration experts warn that it it’s extremely important that lawful foreigners and legal immigrants be prepared to provide evidence for any request for immigration benefits in the initial petition or be denied.

Now, the DHS wants the federal consent decree that has shaped detention standards for underage migrants since 1997, terminated. They have proposed changes that would allow the U.S. Immigration & Customs Enforcement agency, (ICE), to hold minors in immigration jails, a move that could lead to the rapid expansion of detention facilities and more time in custody for children and their parents. This will expand family detention centers in order to keep children and their parents detained together for the length of their court proceedings.

The proposal comes less than three months after the Trump administration’s short-lived attempt to halt a surge of Central American asylum seekers by separating children from parents who entered unlawfully.  The proposal is likely to result in a new court battle for the administration, which was already facing blowback from its short-lived zero tolerance policy. A federal judge previously struck down a motion by the Justice Department to roll back the Flores settlement.

This proposal comes as reports indicate that a record number of immigrant children are in US custody and the Trump administration’s policies are keeping them there.

As of last week, there were 12,800 immigrant children being cared for by the Health and Human Services Department. That’s the most ever, an HHS spokeswoman confirmed. In 2016, the monthly average of the number of children in care ranged from just over 4,000 to over 9,000. At the same time, the average length of time children stay in custody is skyrocketing. Now experts fear the result will transform a system created and designed to help put traumatized children on a path to stability into a way to punish them and send a message.

Remember how often Donald Trump insisted during his election campaign that Mexico will pay for his border wall? Now he is offering to pay Mexico!

A whopping $20 million dollars from the US coffers is being offered to push Mexican authorities to deport up to 17,000 undocumented immigrants from the US according to a New York Times report published last Wednesday.  The money would reportedly help Mexico pay for the plane and bus fares of deportees. Central Americans attempting to flee to the U.S. via Mexico will be the main target of the initiative. So where is the money coming from for this pay-per-deportee scheme? From money allocated for foreign assistance!

Trump’s fight with Puerto Rico over the new official death toll and his fake reality of how much of an “unsung success” his administration’s response makes clearer sense now that reports indicate that he took nearly $10 million from the Federal Emergency Management Agency’s budget to help boost the U.S. Immigration and Customs Enforcement agency in its round-up efforts.

The revelation from Sen. Jeff Merkley, D-Ore. on MSNBC late last  Tuesday, came under the budgeting documents titled “Department of Homeland Security FY 2018 transfer and reprogramming notifications,” which lists $9,755,303 taken from FEMA’s budget, about .9 percent of the agency’s listed overall budget and given to support ICE.

By the time you read this column there will likely be more to come so stay tuned!