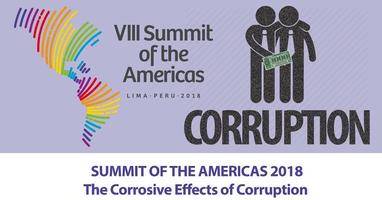 News Americas, LONDON, England, Tues. April 10, 2018: In just over a week’s time the Summit of the Americas will take place in Lima, Peru. It will likely illustrate just how divided the hemisphere has become.

Since the last such event was held in Panama City in 2015 much has changed. Then, improved hemispheric relations seemed possible. President Obama’s December 2014 decision to pursue détente with Havana and President Castro’s participation in the summit, ended Washington’s growing isolation in the Americas. It demonstrated, at least symbolically, that the US and it neighbors saw themselves as equals in the Americas and marked the high point of hemispheric compromise.

Three years on, the Lima summit will likely be very different. So much so that it may come to define the point in twenty first century history when irreconcilable divisions emerged in the Americas over US policy, political ideology, trade and trade wars, and the presence of newer actors such as China.

At one level, the summit promises political theatre. Both President Trump and reportedly President Castro will be present, as will it seems, President Maduro, albeit outside the conference hall and cast in the role of the dis-invited guest.

Notwithstanding, something much more serious will be taking place. The meeting will by default revolve around the changes that have taken place in US policy towards the hemisphere since January 2017. This is even though the summit’s core issues relate to hemispheric cooperation and are aimed at advancing the development of Latin America and the Caribbean.

In Lima, participants will want to assess US thinking about its neighbors in the hemisphere and begin a process that will lead to determining their future response to the unilateralism of the Trump administration’s ‘America First’ policy.

When the US President speaks, participants will want to understand better how he interprets in an hemispheric context the language contained in his administration’s recently published US National Security Strategy. What they will want to hear is how the US government intends achieving its stated objective of restoring the unipolarity that existed at the end of the Cold War, and what is meant by the suggestion that the US intends competing ‘with all tools of national power’ to ensure ‘the regions of the world are not dominated by one power.’

They will also undoubtedly be seeking clarity on how the White House intends acting on the view expressed in February by the former US Secretary of State, Rex Tillerson, that the Monroe Doctrine, which asserts US authority in the Americas, is still of relevance.
Not only are both matters linked directly to almost every matter slated for discussion, but they are also central to the hugely divisive issue of how the hemisphere responds to the internal situation in Venezuela.

The issue potentially pits the US and like-minded nations in the Lima group, including Guyana, St Lucia and the host country Peru, which rescinded Venezuela’s invitation to the summit based on a ‘rupture of the democratic order,’ against others that are members of the Bolivarian alternative, ALBA.

Despite this, the matter is far from straightforward. While many Latin and Caribbean nations are deeply concerned about the still growing humanitarian crisis in Venezuela and its wider effects, they are cautious about being seen to support too closely a US President who is unpopular on the street and intent on engineering regime change in a country within their hemisphere.

How much support the US receives on this issue will very much depend on how sensitive President Trump is to the fact that sovereignty and independence of action are central to public opinion, identity and politics in every Latin America and Caribbean nation.
R
egrettably, the signs are that the US President is tone deaf to hemispheric sensibilities. His decisions and provocations do not augur well. They include: the imposition of tariffs on steel and aluminum affecting Brazil, Mexico and Canada on the spurious basis of defending US national security; ordering the US national guard to the border with Mexico in the absence of his promised wall; offensive comments about Haiti and El Salvador, as well as about migrants from Latin America; aggressive rhetoric on Cuba; the expulsion of so called ‘dreamers’; and the ending of protected status for some migrants from four Central American nations.

All of this poses a particular dilemma for the Caribbean which has issues of its own that it hopes to address with the US at and in the margins of the summit. These include obtaining assurances that the Caribbean Basin Initiative is secure and ensuring that the US will seek a new WTO waiver for the Initiative in 2019; ascertaining the extent to which the US might support the region’s wish to mitigate and adapt to the existential threat of climate change; and exploring whether the US recognizes the threat that de-risking has for the region’s future financial stability.

If as seems to be the case, the Trump administration sees the resolution of these and other issues as being transactional, then the Lima summit may indicate, in private at least, what the political cost of any future accommodation with Washington may now be.

Writing recently in the Jamaica Observer about the summit, Bruce Golding, Jamaica’s former Prime Minister, suggested that although the practical gains from triennial Americas summits have been limited, the important advances have been in building trust in what he described as ‘a region that has been bedeviled by a huge trust deficit.’

Unfortunately, not only is trust among Latin American and Caribbean nations now dissipating rapidly across the hemisphere but may go into free fall if Washington follows through on its desire to isolate nations not willing to conform to President Trump’s world view.

All the indications are that not only will the 8th summit of the Americas be divisive but may also leave Latin America and the Caribbean in disarray and leaderless at the precise moment when rapidly changing international relationships require the region to strengthen its unity and unique identity.

EDITOR’S NOTE: David Jessop is a consultant to the Caribbean Council and can be contacted at [email protected]