News Americas, NEW YORK, NY, Sat. Mar. 23, 2019: With the hotly contested elections for the post of president and vice-president of Cricket West Indies, (CWI), now just a day away, a number of renowned former West Indies skippers and players are hoping for a change in leadership by publicly endorsing the challengers for the post.

“The time is right now for someone like Mr. Skerritt who is respected in that fraternity, to help make a difference in the future,”the iconic Sir Viv said.

“We need leaders who are responsible, objective and honest, who will put cricket first but treat the governance of West Indies cricket with the seriousness it deserves,” added Harper. “I believe that Mr Skerritt and Mr Shallow will do that.”

Legendary West Indies Fast Bowler, Sir Andy Roberts, has also endorsed the duo, noting that “over the last 25 years, West Indies cricket has been steadily declining. In the last 5-10 years the administration has declined rapidly. So much confusions with players, past and present and West Indian born coaches.”

“We need a change at the top, so that is why I’m endorsing Ricky Skerritt and Kishore Shallow as President and Vice-President of our cricket,” Sir Andy added. “They have assured me that they will work with all relevant stakeholders in the region to make sure they get the best out of the region, so that our cricket can move forward and back to a position of respectability.”

Also endorsing Skerritt and Dr. Shallow ahead of the incumbents are Prime Minister St. Vincent and the Grenadines Dr. Ralph Gonsalves and Vice-Chancellor of the University of the West Indies, Sir Hilary Beckles.

“They have progressive ideas on how West Indies cricket should move forward in the plan they have put out. These are serious people- modern Caribbean personalities steeped within our Caribbean civilization,” stated PM Gonsalves on the CWI challengers.

“The movement from awful to awesome has to take place at the level of leadership on the field and in the management,” added Sir Hilary. “eform has been stalled and greater acrimony is developing within the stakeholder community that represents the basis of excellence.”

So far, Skerritt and Shallow have been publicly endorsed only by the Trinidad and Tobago and the Leeward Islands’ cricket boards. Barbados, Guyana, and Windward Islands are expected to cast their lot with the much-disliked Cameron despite the state of West Indies cricket and the disgust of fans.

The direction of the vote of the Jamaica board is not known but could prove critical to the outcome of the election. The Jamaica board is headed by president Billy Heaven who reportedly has not always seen ‘eye to eye’ with Cameron.

Cameron this week said he is confident of being returned to the post and claims Cricket West Indies is working on a plan that will see it headed toward becoming a listed company on the stock exchange in another two years.

But propelled by his enterprising and practical 10 point plan that prioritizes fixing ‘Cricket First,’ Skerritt remained confident going into Sunday’s vote, one that is seen as critical in the future of Cricket West Indies.

“Dr Shallow and myself will bring integrity and a greater commitment to the needs of cricket,” commented SKerritt Saturday. “We will ensure that our executive management team is focused strongly on the underlying governance and performance principles that generate successful organizational change, learning and improvement. We need to adjust our sails before it’s too late.” 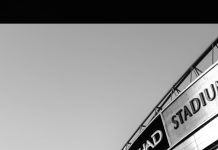 Back to the Balkans – New Zealand Herald

Ways to travel this summer without leaving home – The Catholic Sun