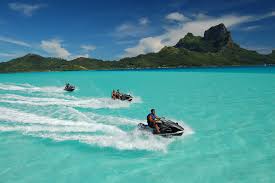 News Americas, WASHINGTON, D.C., Fri. Mar. 9, 2018: The U.S. State Department is warning travelers going to the Caribbean islands of The Bahamas for Spring Break to be on the alert and to avoid jet ski operators.

The U.S. State Department Bureau of Diplomatic Security on Thursday issued a security alert for Nassau. OSAC said “jet ski operators continue to commit sexual assaults and other crimes against tourists” including minors.

“We strongly recommend you avoid patronizing jet ski rental operations,” the statement said, while instructing U.S. Embassy personnel not to use jet ski rentals on New Providence and Paradise Islands, including Cabbage Beach and Cable Beach.

The alert also urged American visitors not to travel or walk alone after dark in isolated areas; avoid being alone with strangers; be cautious on secluded beaches and use only clearly marked buses or taxis, as unlicensed taxi drivers have been linked to a variety of violent crimes.

The Bahamas has been listed at Level 2 or Exercise increased caution by the State Department due to crime. US officials say, “violent crime, such as burglaries, armed robberies, and sexual assault is common, even during daylight hours and in tourist areas.”

The Department also urges visitors to the island to avoid the area known as “Over the hill” (south of Shirley Street) and Fish Fry at Arawak Cay in Nassau at night.