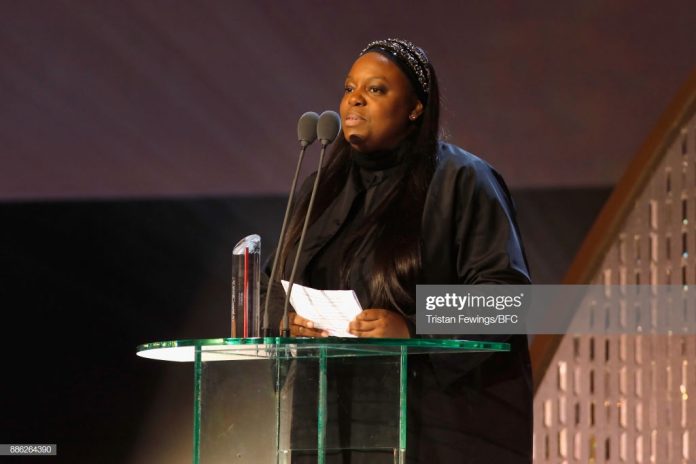 News Americas, NEW YORK, NY, Fri. April 26, 2019: Not many people, except for Jamaicans.com, recognized that a British-Caribbean national had also made the latest Time Magazine’s 100 Most Influential List for this year. Here are 10 things you should know about this phenomenal woman.

1: She is Pat McGrath, make-up artist extraordinaire and the creative design director of Procter & Gamble beauty.

2:  McGrath was born in Northampton, UK in 1970 and was raised by her mother Jean McGrath, a Jamaican immigrant and staunch Jehovah’s Witness.

3: McGrath says her mother had an incredible imagination and was wonderfully creative, literally making her own products, sometimes even mixing in things like cocoa powder. She also credits her mother with training her eye by standing in-front of the TV during her favourite shows and requesting that she explain to her what she had done differently and what products she’d used to achieve her look.

4: McGrath completed an art foundation course at Northampton College where she met the stylist Kim Bowen, who invited her along to watch her work on shoots for The Face and i-D.

5: Her big break came when she received a phone call asking her to go on tour in Japan with Caron Wheeler from Soul II Soul, whose make-up she had done one afternoon three years previously. This opportunity led to McGrath working with i-D magazine’s fashion director Edward Enninful and, subsequently, being named beauty director.

6: During the Nineties she spent ten seasons creating the make-up concepts for Prada and Miu Miu and in 1999, McGrath developed a line of cosmetics for Giorgio Armani.

7: In 2004 she was named global cosmetics creative design director for Procter & Gamble, the name behind make-up brands including Max Factor, Dolce & Gabbana, CoverGirl and SK-II.

8: She is dubbed “the most influential make-up artist in the world” and has worked with celebrities as diverse as Madonna, Sarah Jessica Parker, Cate Blanchett and Oprah Winfrey.

10: In 2014, she was honored with an MBE or Member of the Order of the British Empire, for her services to the fashion and beauty industry at Buckingham Palace by Queen Elizabeth II and in 2019 named as by Time as 1 of 100 most influential people in the world.

Colombian Rebels Say They Share Blame for Decades of Bloodshed

The Pour: The Pour: 12 Values in American Wines