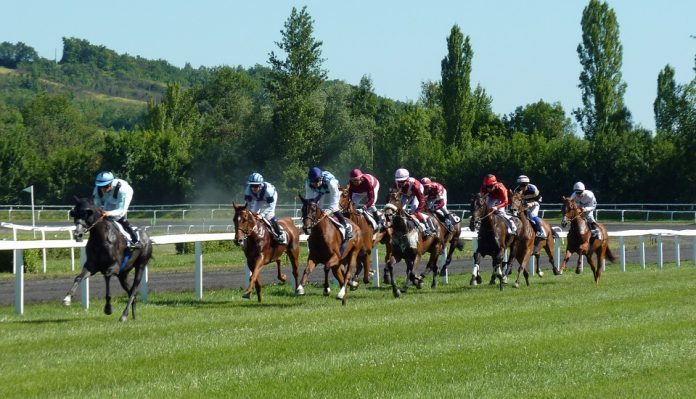 News Americas, NEW YORK, NY, Fri. Jan. 4, 2019: This is the time of year when analysts and experts in various fields make predictions for the rest of the year. While many writers sum up those predictions with their best guesses as to what the New Year will bring, there are some industries that are growing in a manner that makes the process easier.

Regardless of process of creating the top-10 list, there is no question that sports betting is an industry that will see unprecedented growth in 2019, by all reputable accounts. It is just a matter of which states will cash in their bets.

Congress Could Step In

The US sports betting market is growing fast with many states thirsting for the potential tax dollars generated by legalized wagers on sports.

There is one thing that could stop the growth: Congress.

The House Judiciary Committee hosted a hearing in late September to examine the issue of sports betting. Since the United States Supreme Court issued its decision in May 2018 regarding Murphy v. National Collegiate Athletic Association, Congress has been chomping at the bit to become the decision-maker on the resulting legalized sports betting industry in America.

The September hearing entitled “Post-PASPA: An Examination of Sports Betting in America” was technically overseen by the House Judiciary’s Subcommittee on Crime, Terrorism, Homeland Security and Investigations. Testimony was offered by representatives on all sides of the issue, with organizations like the American Gaming Association (AGA) advocating for states’ rights on gambling decisions and others like the National Football League (NFL) seeking Congressional intervention to protect the “integrity” of sports.

Subcommittee Chairman Jim Sensenbrenner ultimately placed more credence in the integrity arguments. He noted, “I think the one thing you can all agree on is for Congress to do nothing is the worst possible alternative.”

Regardless of the misunderstanding implicit in that statement from Sensenbrenner, Congress is clamoring for a way to regulate sports betting in some way, ultimately removing at least some of the states’ ability to dictate their own regulatory preferences. This could not only stunt the growth of the industry but scare other states away from tackling sports betting if Congress may undo it in the long run.

With that said, Congress may drag its feet on the issue or struggle with a consensus on the type of control it should exert in the sports wagering world. This may allow the industry to grow on a state-by-state basis in 2019, as it began to do in 2018.

States Already in the Mix

Nevada was the one state offering full-fledged sports betting when PASPA (Professional and Amateur Sports Protection Act) was enacted by Congress in 1992, so it received a reprieve from the law. Sports betting has been offered in Nevada casinos since 1949.

After the US Supreme Court overturned PASPA in May 2018, New Jersey was obviously ready to offer sports betting, as its governor was the defendant in the case. By June, the New Jersey legislature had passed an updated sports betting bill, the governor signed it, and the first bets were placed within days.

Other states ready to fully regulate sports betting after the PASPA decision included Delaware, West Virginia, Pennsylvania, and Mississippi. And by the end of November 2018, Rhode Island and Arkansas joined the club.

10 States Most Likely to Fully Legalize Sports Betting in 2019

Technically, New York legalized sports betting in land-based casinos in 2013. Voters approved the referendum more than five years ago, but the state’s gaming commission never established regulations, even after the US Supreme Court decision earlier this year. Considering the outdated parts of that law, however, lawmakers have been working on a new law to reflect the state’s current casino status. But they have yet to reconcile the exact wording for a bill that will pass. This is likely to happen in the first half of the new year.

As with New York, Connecticut technically has a law in place to regulate sports betting. However, it was only a skeleton of a bill to establish the state’s desire to participate in the industry should PASPA be overturned. Now that it is, the legislature must pass a more comprehensive bill or work with the state’s regulators to establish guidelines that will serve as the industry’s framework. There have been numerous attempts to find consensus, and it is highly likely that it will happen in the first half of 2019.

There are legislators serving in Michigan who insist that numerous gambling expansion measures, including online gaming and sports betting, can be passed by the end of 2018. But with only a handful of working days remaining in the year, it may simply not be possible. State Rep. Brandt Iden has been pushing the gambling bills, even more so since he won another term in office in the mid-term elections of November. Combine that determination with the new management at the Greektown Casino – Penn National Gaming, a company that lobbies hard for legal sports betting – and the first quarter of 2019 is almost a guarantee for expanded gambling and wagering in Michigan.

The state of Illinois isn’t making the most of its gambling industry. Many casinos want the opportunity to offer online gaming and sports betting to better compete with strong gambling competitors in neighboring states. Sports betting and internet poker and casino games could give Illinois a strong edge. An ever-growing group of lawmakers have been working on sports betting and online gaming bills since January 2018, and hearings took place in the summer and fall months to further discussions. With feedback accepted, it wouldn’t be a surprise to see a comprehensive gambling expansion bill that includes sports betting introduced in the first quarter of 2019 and passed by the end of the year.

Racetracks in Kentucky want to expand their revenue potential with sports betting. Legislators have tried to draft the perfect bill, but they are now being asked to try harder by Kentucky Attorney General Andy Beshear. He penned a letter to lawmakers in his state and urged them to consider expanding gaming, not only to include sports betting but also daily fantasy sports, online poker, and land-based casinos. Not only did Beshear mention that Kentucky loses close to $546 million per year in potential gaming tax revenue, he touted an updated gaming industry as the solution to the state’s multi-billion-dollar pension problem. A bill is likely to appear in early 2019 and gain traction quickly.

Several lawmakers have been seeking to legalize various forms of online gaming for several years, and studies have been completed that support the idea of economic benefits from expansions like sports betting. A new bill just introduced in November may only address sports betting, but many legislators would rather tackle one issue at a time. With the Massachusetts Gaming Commission expressing support, it could all come together in early 2019.

With a good deal of talk in Virginia about sports betting, State Delegate Mark Sickles is determined to put it at the top of the 2019 agenda, having already pre-filed a bill to legalize sports betting and online lottery sales. He has some support from co-legislators, some of whom feel that surrounding states are garnering all of the sports betting business and potential revenue. What is now called the Virginia Lottery Bill may find itself amended by January and pushed hard for a 2019 finish.

For nearly a full year, Indiana lawmakers have been considering possibilities for sports betting in the state. An October hearing on the subject revealed some disagreements over integrity fees requested by major sports organizations, but Indiana is seeing that no other state is incorporating those types of fees into their bills. A new bill for the near year is likely, and many suspect that there will be a hard push to put it up for a vote in the first half of 2019.

The Show Me State isn’t known for its forward-thinking gambling decisions, but lawmakers in the House and Senate seem determined to move forward with discussions in early 2019. State Rep. Dean Plocher sponsored a bill in 2018 that failed to advance, but increased pressure from Missouri land-based casinos and possibilities of legal sports betting in states like Illinois push Missouri higher on the list of possibilities in 2019.

Within the past few weeks, Tennessee lawmakers viewed a new bill intended to legalize sports wagering. Author and General Assembly member Rick Staples noted that he intends to formally file the bill in early 2019 and call for a hearing soon after. He hopes to find enough support for a vote in the first quarter of the new year, as his bill boasts of a July 1, 2019 effective date.